What do you think is the role of a Member of the Legislative Assembly (MLA)?Â

The role of an MLA has not always been clearly understood. The only idea or misconception that most people have is, an MLA resolves civic concerns like waste management, supply of water, treatment of sewage and construction of roads.Â

An MLA’s role is a lot more than just this, but before we learn about that, let’s understand a little more about MLAs.

A Member of the Legislative Assembly (MLA) is a representative elected by the voting citizens of a constituency. They are elected to the legislature of the State Government. From each constituency, people elect one representative who becomes a member of the legislative assembly. Each state in India has anywhere between seven to nine MLAs for every Member of the Parliament (MP) in the Lok Sabha. The Constitution of India states that a State Legislative Assembly can have no less than 60 members and no more than 500 members. This applies to all Indian states except for states like Goa, Sikkim, Mizoram and Puducherry, which have less than 60 members.

Qualification of A Member of the Legislative Assembly:

The standard term of the Legislative Assembly is five years. In India, the average salary and allowances of the Members of Legislative Assembly differ from one state to another. As per the government rules and regulations, theÂ salaries of state MLAs are decided by their particular state legislatures.

As of October 2021, India has aÂ totalÂ of 4,123 Members of the Legislative Assembly, with bifurcations for each state being as follows: The Powers of Members of Legislative Assembly:

The powers of MLAs can be classified as legislative, financial, executive, electoral and constitutional. 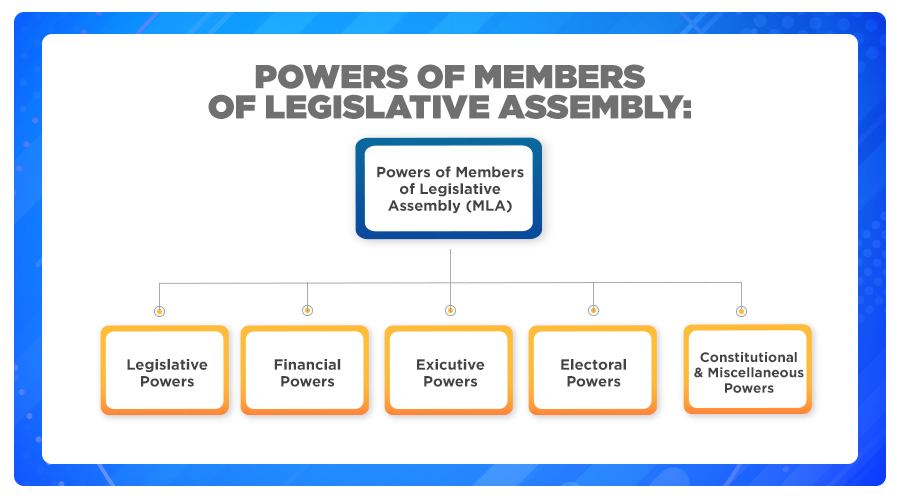 According to the Constitution of India, Members of the Legislative Assembly have powers to frame laws on all items in the state list and the concurrent list. Some aspects under these lists include police, prison, irrigation, agriculture, local governments, public health, pilgrimages, burial grounds, etc. Some items on which both Parliament and states can make laws are education, marriage and divorce, forests, protection of wild animals and birds.

Roles and Responsibilities of the Members of Legislative Assembly: According to the constitution of India, Members of the Legislative Assembly have powers to frame laws on all items in:

The State List specifiesÂ 66 subjectsÂ on which each State Legislature can decide, and such laws operate within the territory of each state. The main subjects of the State List are public order, police, state court fees, prisons, local government, public health and sanitation, hospitals and dispensaries, pilgrimages within India, intoxicating liquors, relief of disabled and unemployable, libraries, communications, agriculture, animal husbandry, water supply, irrigation and canals, fisheries, road passenger tax and goods tax, capitation tax and others.

The Concurrent List consists ofÂ 47 subjects. The Union Parliament and the State Legislatures have the power to legislate over the subjects listed in List III (Concurrent List). The main subjects listed in this list are criminal law, criminal procedure, preventive detention for reasons concerned with the security of the state, marriage and divorce, transfer of property other than agricultural land, contract, actionable wrongs, bankruptcy and insolvency, trust and trustees, administration of justice, evidence and oaths, civil procedure, contempt of court, lunacy, prevention of cruelty to animals, forests, protection of wild animals and birds, population control and family planning, trade unions, education, labour welfare, inland shipping and navigation, price control, stamp duties, and others.Â

Members of the Legislative Assembly in Bengaluru:

Karnataka is one of the bicameral legislatures in India. The state legislature consists of two houses, the Vidhana Sabha (lower house) and the Vidhana Parishad (upper house). The state is divided into 224 constituencies. 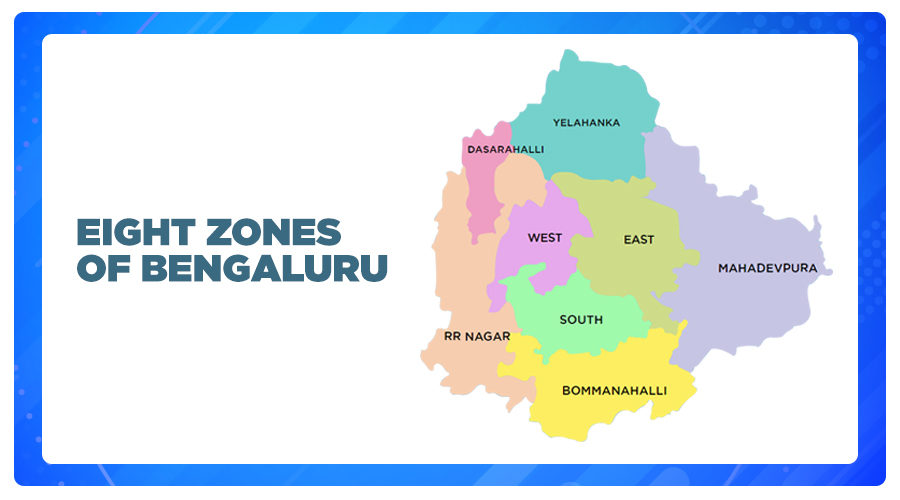 Although not a part of the Bengaluru metropolitan area, areas like Attibele, Anekal, Thavarekere, Jigani, Nelamangala, Hesaraghatta, etc. are also considered to be a part of Bengaluru. A Member of the Legislative Assembly handles one or more areas in a given zone.

The roles and responsibilities of a Member of the Legislative Assembly are vast and covers many areas. Members of the Legislative Assembly divide their time between their constituencies and their work in the Assembly. They are responsible for the even and efficient functioning of the State Assembly, and as citizens, it is essential for us to know and understand these, to assist in the smooth governance of the state. 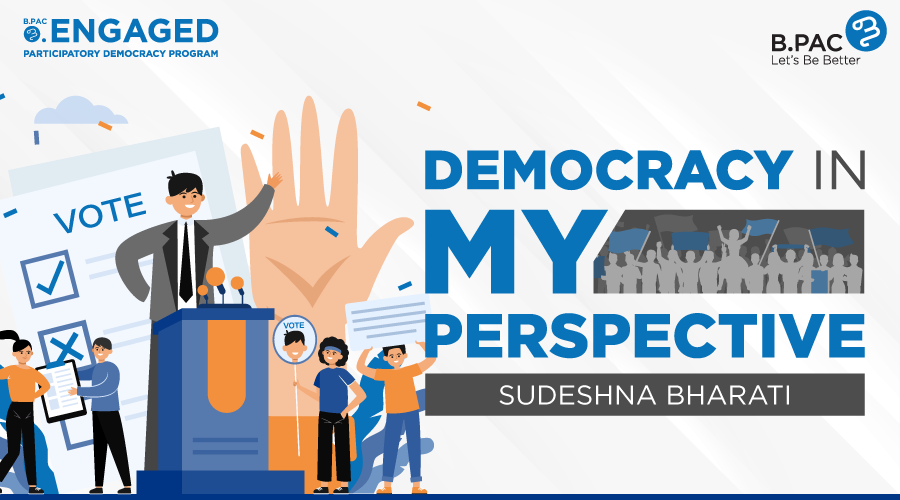