B.PAC strongly believes in meaningful participation in democratic processes requires informed citizens. For Karnataka 2018 Assembly Elections, we have undertaken several initiatives under our Participatory Democracy Program to help the citizens of Bengaluru to come together in the various stages of elections and vote for a better Bengaluru.

B.PAC along with our Knowledge Partner ICARE, have come up with a the Bengaluru City MLA Rating to help assess the performance of the Elected Representatives ahead of the Assembly Elections of 2018.

MLA Rating is the latest in a series of efforts by B.PAC to provide accurate information of Elected Representatives of the City made available to the citizens. We are attempting to provide this information collated on a single platform. 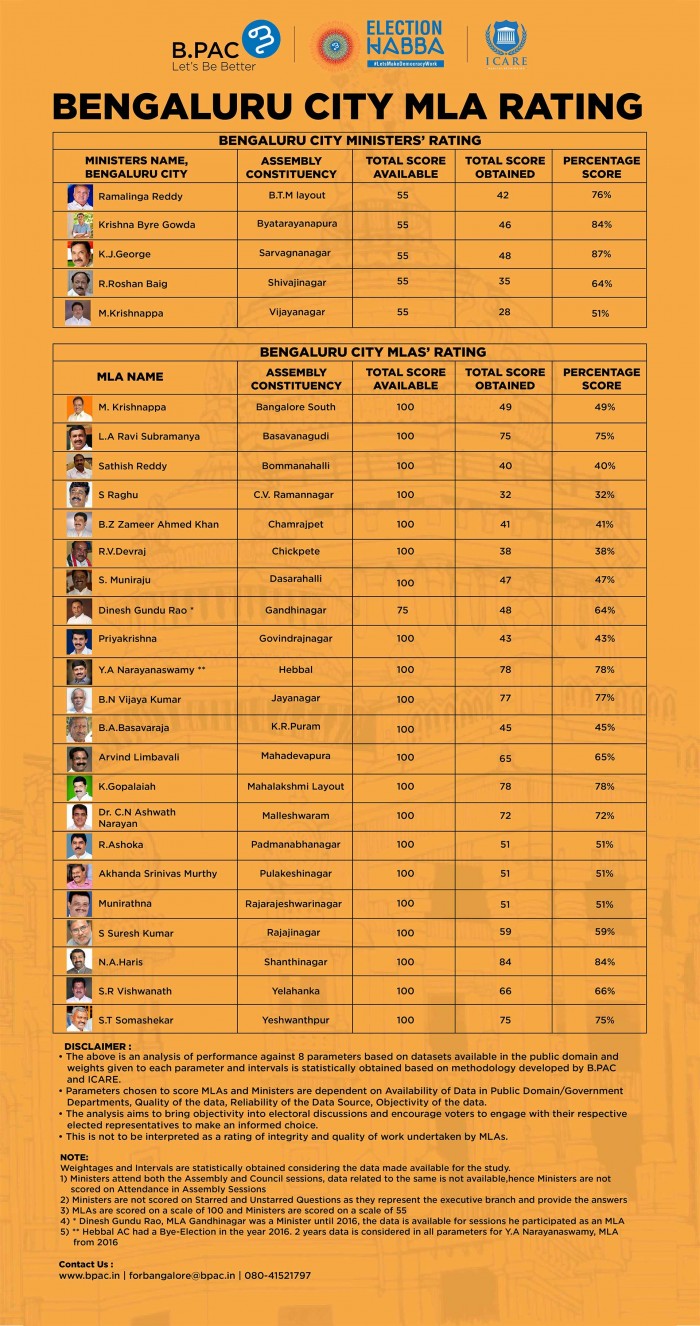 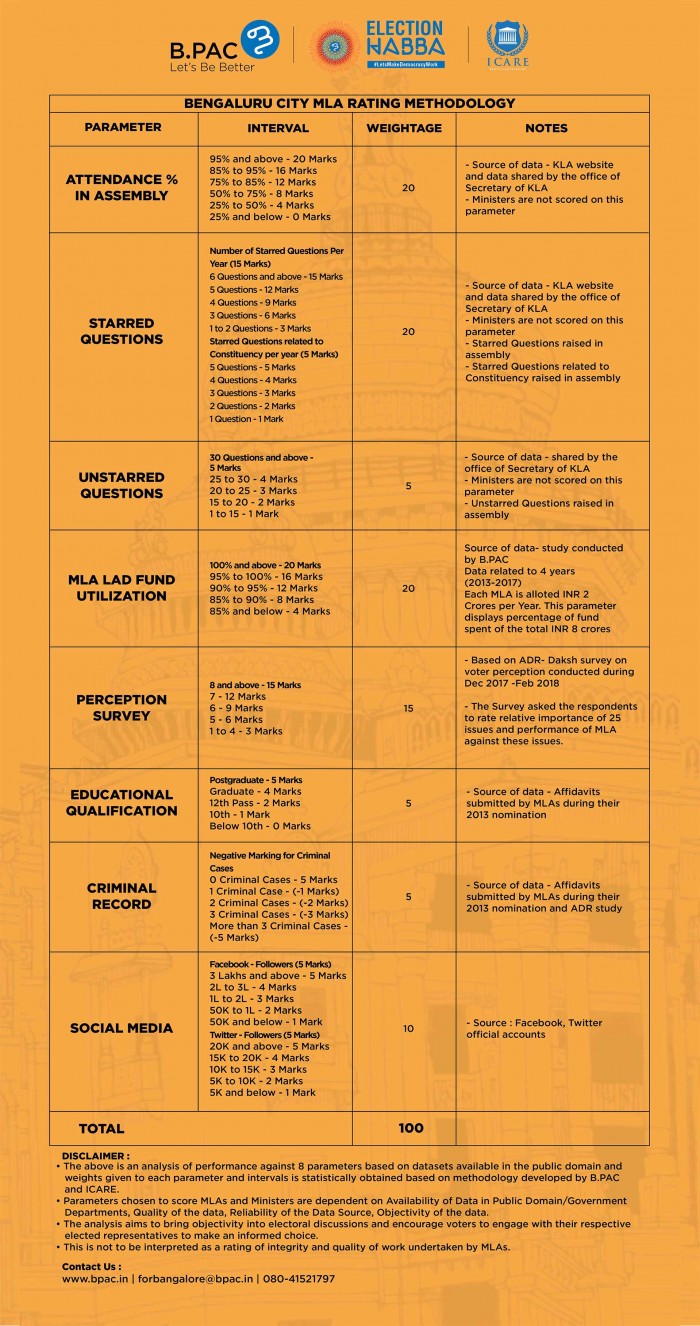 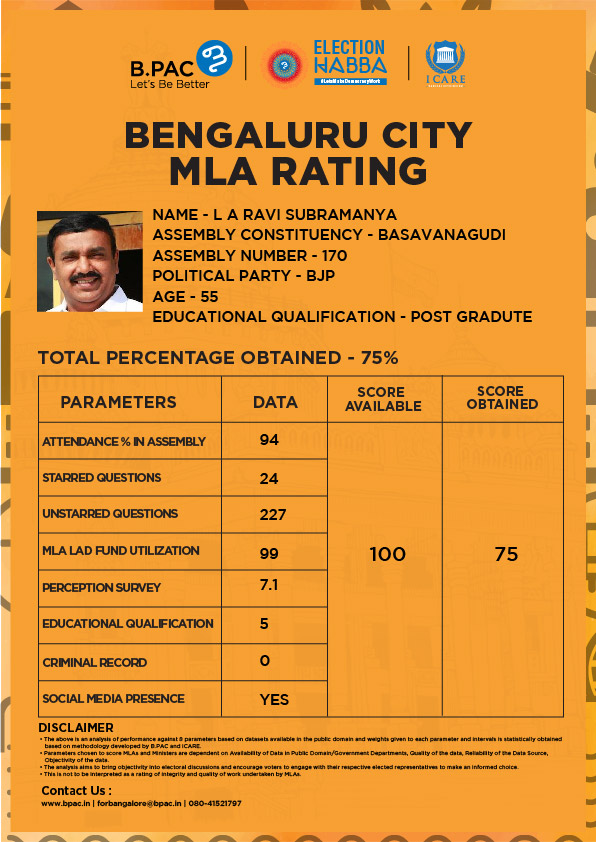 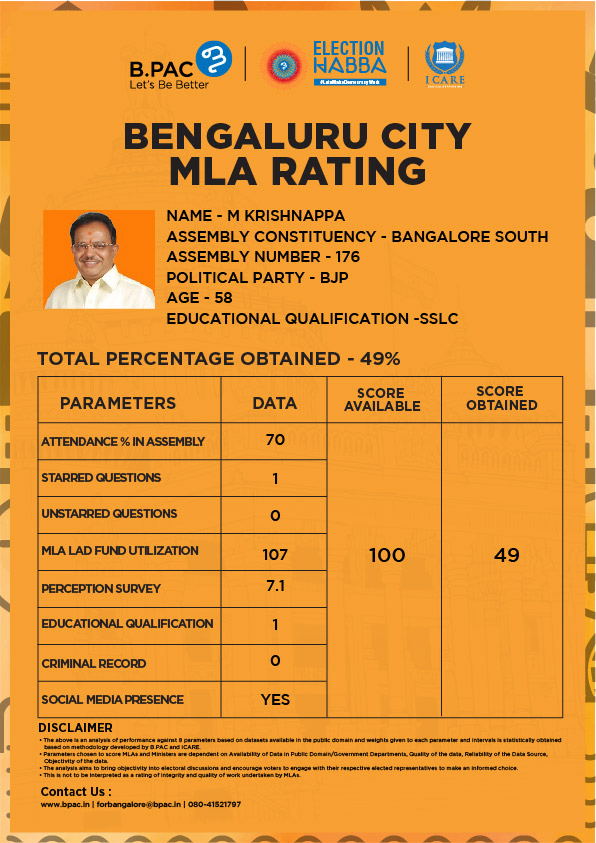 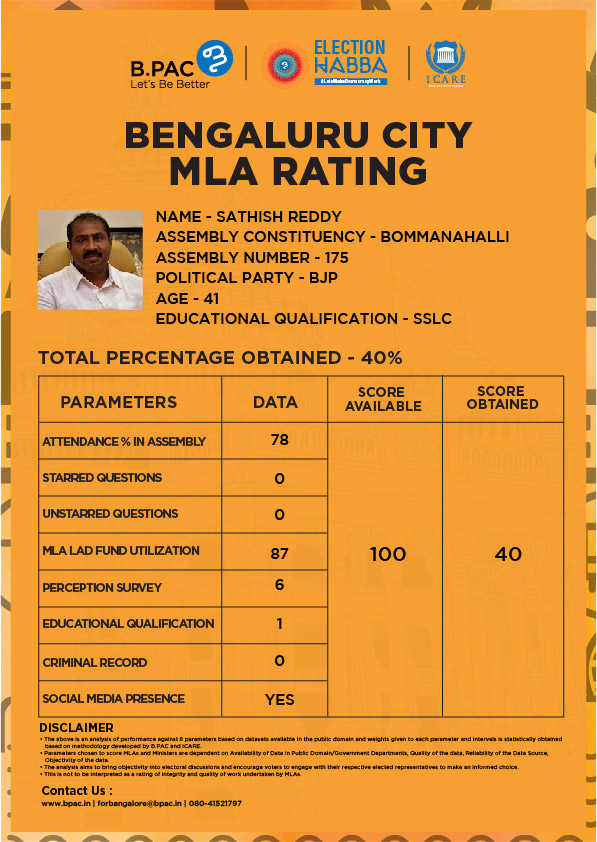 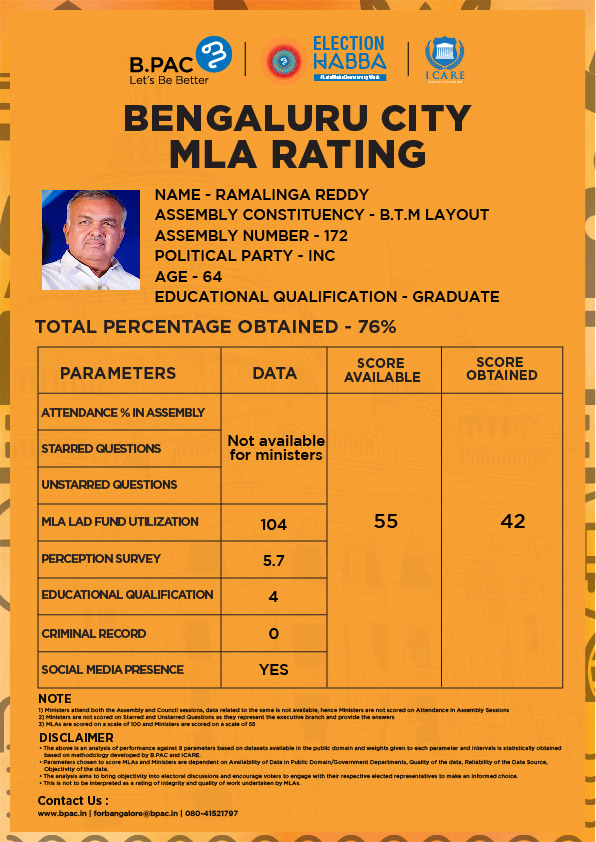 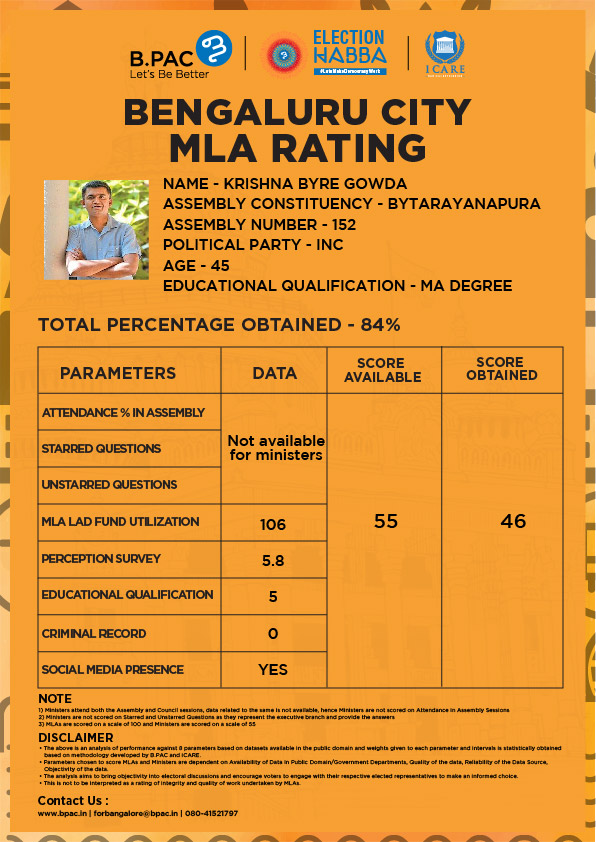 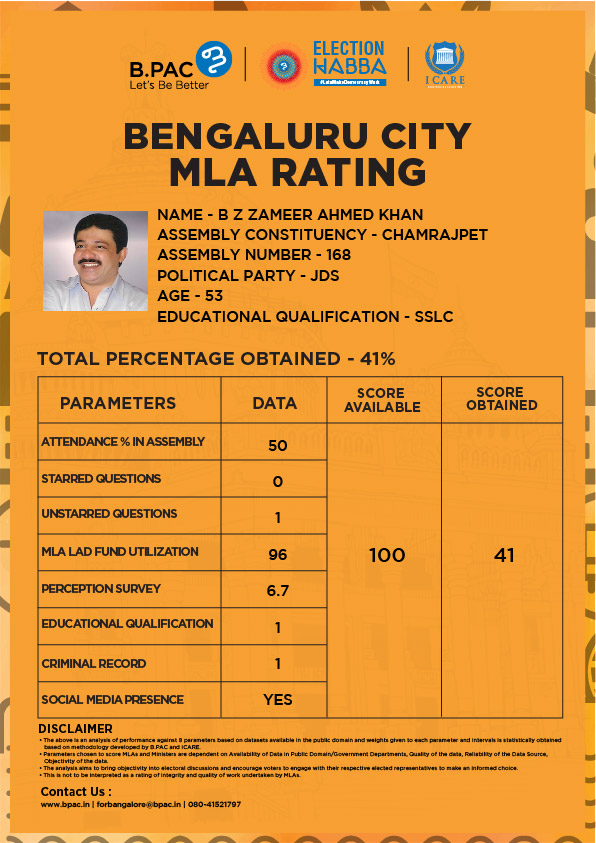 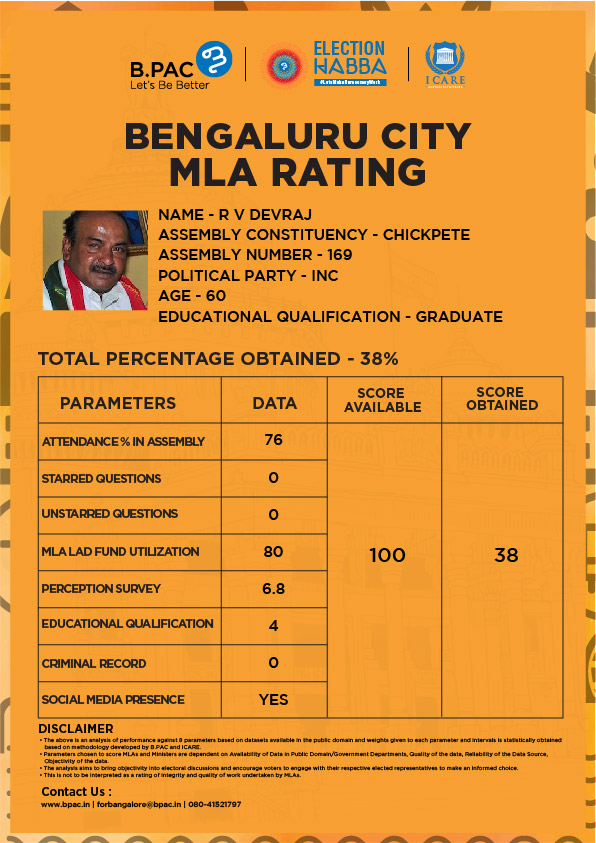 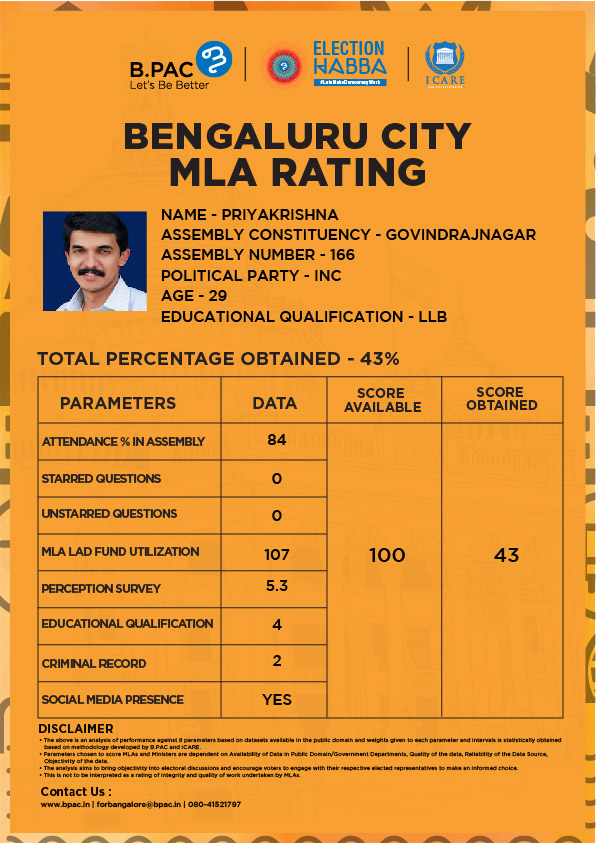 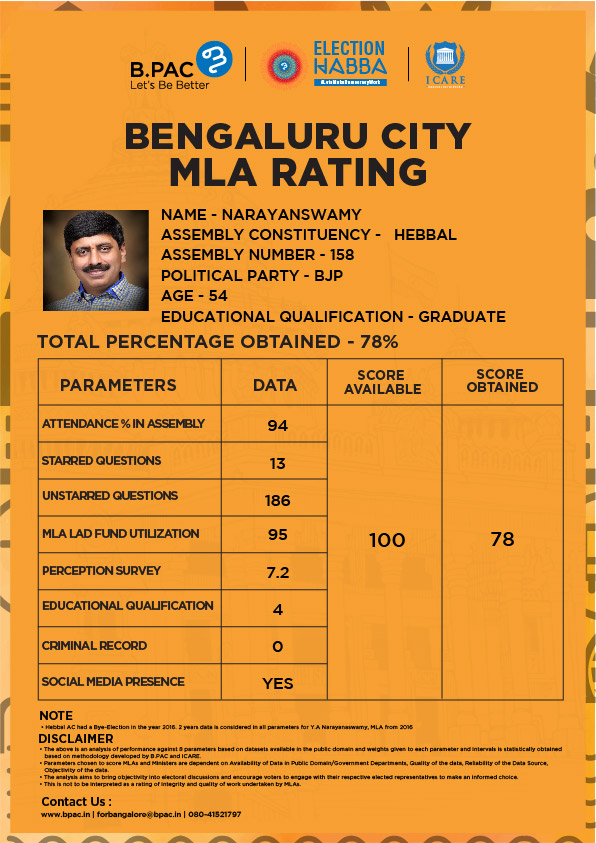 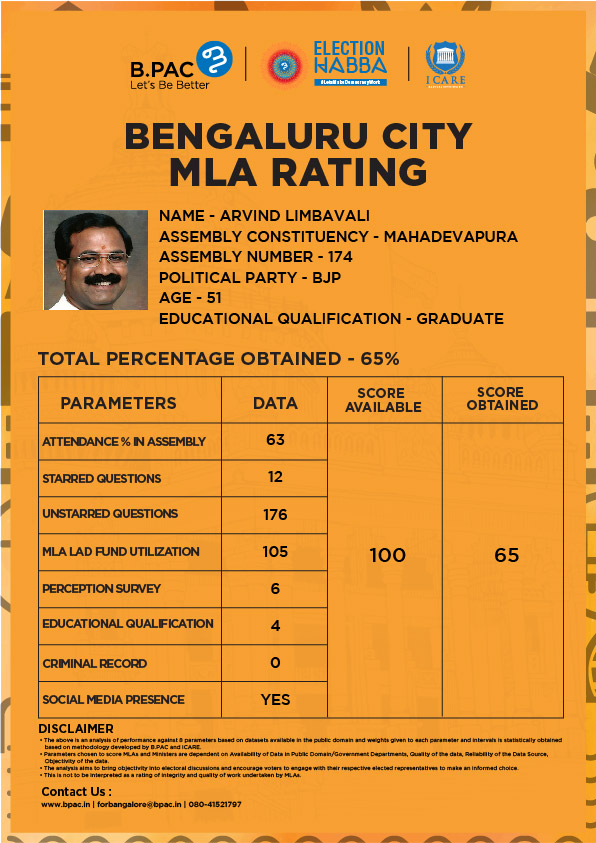 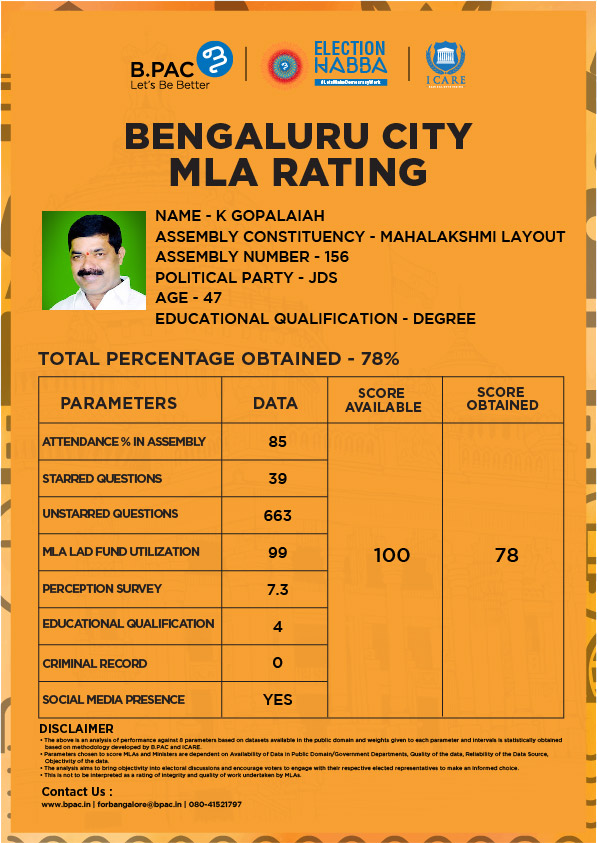 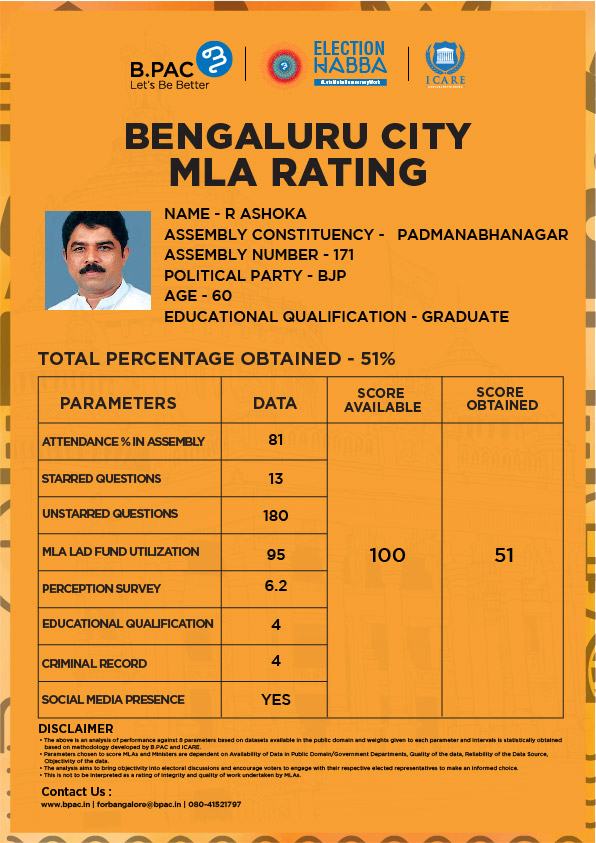 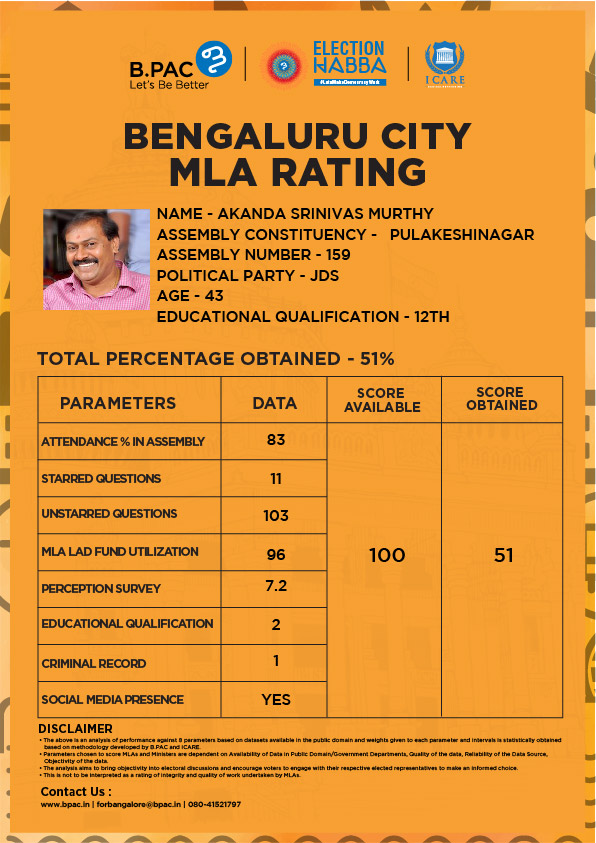 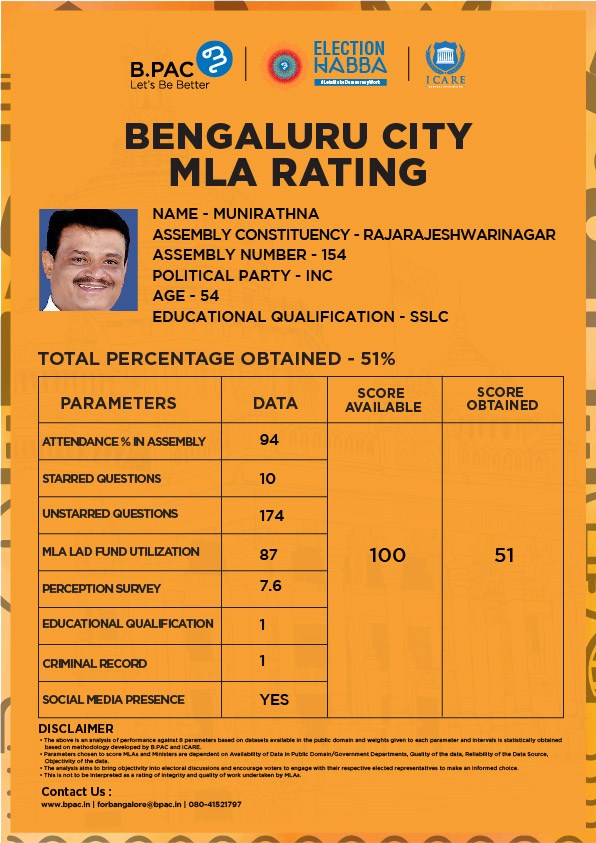 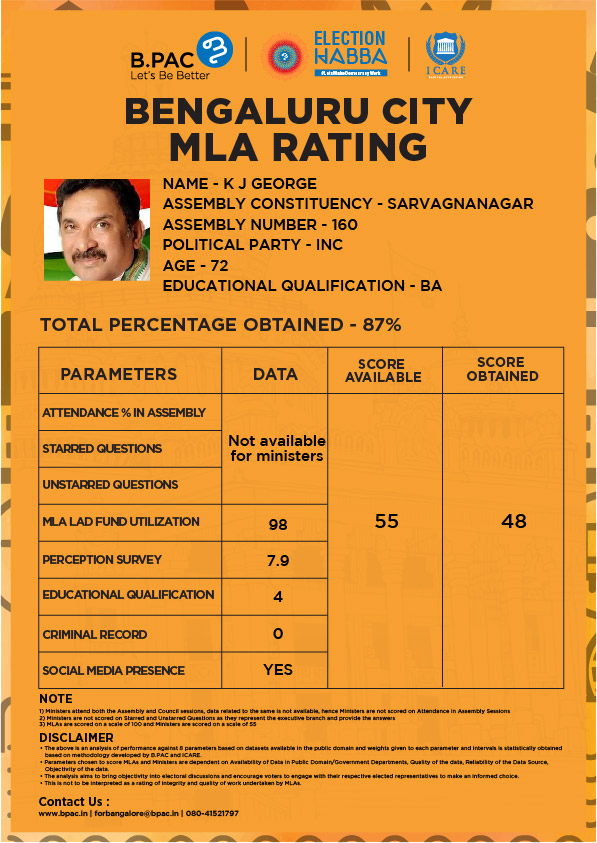 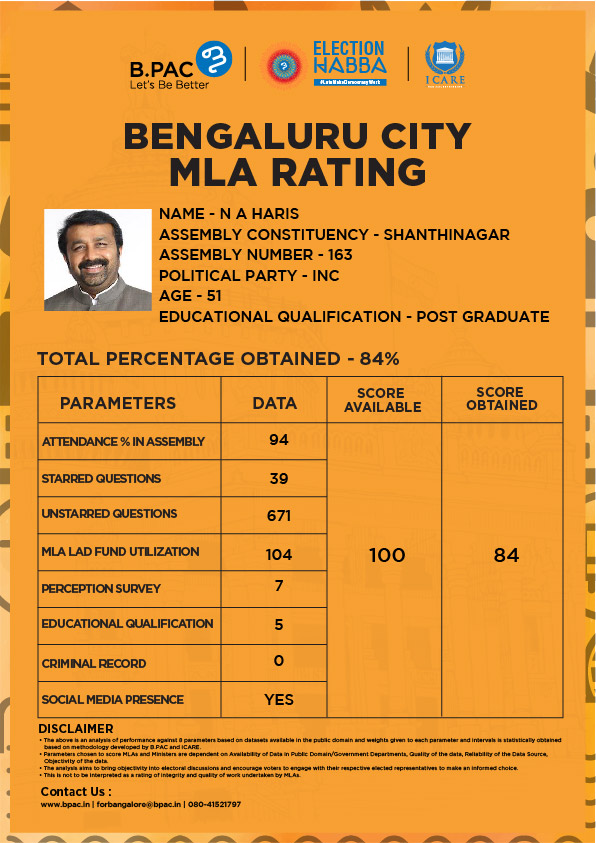 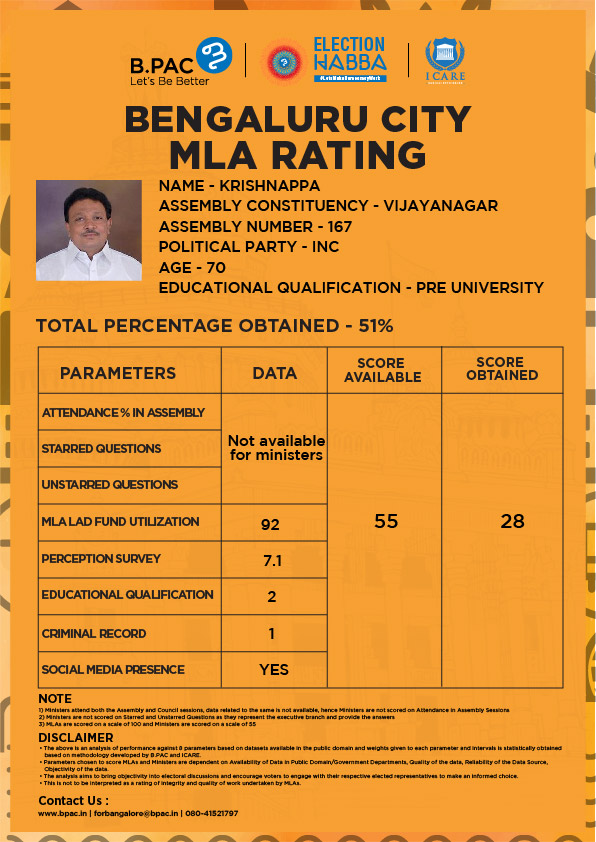 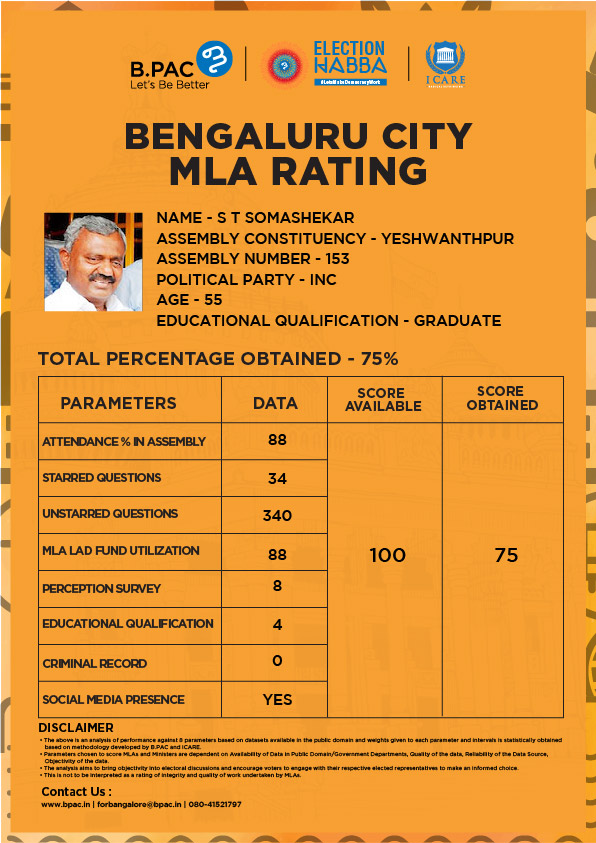