Belagithu Bengaluru – A Brief History of Bengaluru’s “Illuminated” Past

We have come a long way from the days of the now antiquated paraffin or kerosene lamps. Though our grandparents might be very familiar with these lighting relics, their existence has now been relegated to only occupying a small space in our storage or as a curio on display.

Kerosene lamps were a part of daily life in Bengaluru prior to August 5th,1905.
The task of cleaning, refuelling and lighting them was designated to three men appointed by the local administration. An inspector was also tasked to oversee the entire lighting operation in the city. This Victorian-era practice of lighting street lamps daily had its old-world charm, but Bengaluru was on the hot trail of keeping up with the changes brought by the turn of the century. This is where we introduce the man responsible for making our city, the first city in Asia to adopt electrical street lamps.

William McHutchin, a Briton trained in the Madras Civil Engineering College and the then chief engineer of Bengaluru at the Public Works Department, wrote a letter to Krishna Raja Wadiyar IV, the Maharaja of Mysore, stating the need for electrifying Bengaluru. He proposed diverting 300 to 400 HP of surplus power generated by the Shivanasamudra hydroelectric power station(which at the time was generating power for the Kolar Gold Fields) to light the city in this visionary plan.

After receiving the formal approval from the Maharaja on May 30th, 1904, all cogs were in motion to make this landmark project a reality.

With an estimated cost of Rs. 7.46 lakh, the project first began in Kanakapura, with the installation of a switch station and the lines running around 92 km to the city being laid in just nine months. A substation was built near Victoria Hospital with a transformer of 450KV capacity to receive power from Kanakapura for the project. “The original Kanakapura station building still stands today next to the new one constructed much later,” says Gajanana Sharma, the author of ‘Belakayithu Karnataka’(Illuminated Karnataka).

After nine months of laying the groundwork for the electrification project, Bengaluru witnessed its watershed moment in electrical street lighting on Aug 5th, 1905. The ceremonious event was inaugurated by Sir John Hewett, member of the Viceroy’s Council, to a crowd of thrilled denizens at KR market. Over 100 electric street lamps lit up the Bengaluru skies on that historic day and further enforced the progressive drive of the city which we still witness today.

The electrical street lamps signalled the start of a new way of life for Bengalureans and this was promptly adopted by the affluent residents in the area near KR Market. By June 1906, according to an official report of the Bangalore Power and Lighting Scheme, there were 861 streetlights and 1,639 domestic connections that generated a revenue of Rs 36,476. A 16 candle bulb(today’s equivalent to 40 watts) cost the residents Re 1(a hefty bill for the time) every month.

One of the files from the Karnataka State Archives on the Bangalore Power and Lighting Scheme 1904-05, compiled by Major de Lotbinière, shows an annual maintenance expense of Rs 50,000 and an estimated annual income of over Rs 1.18 lakh. He foresaw a significant section of the Bengaluru population shifting to electric power as witnessed by the early adoption by the residents after 1905.

115 years have passed since these wrought iron electric street lamps were first erected in the city. Though not quite in their former glory, two of these original 30-foot lamp posts which lit up the night on Aug 5th, 1905, still exist within the BBMP head office at Corporation Circle.

It may seem insignificant today but these disregarded artefacts symbolise the very binding spirit of Namma Bengaluru, which is its characteristic forward-thinking attributes and open-mindedness. At a time when the rest of Asia was in the “dark”, Bengaluru seized the helm of modernity and steered it all the way to our present while emerging as one of the world’s leading IT hubs.

Aug 5th, 1905 lit our path to get us where we are today and the same path lights our way forward into the future, and it’s a bright one. 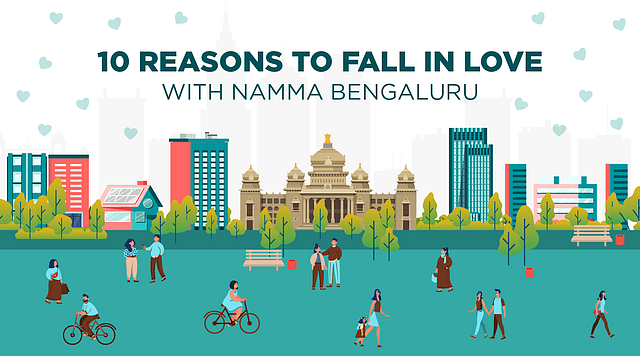