After the turn of schools in Bangalore, it is now time for the focus to shift on to taxi services (Uber to be specific). For the record, a child protection policy for schools is in the works and likely to roll out soon in Karnataka. Anyways, coming to the recent incident of rape in Delhi, when the news broke out, the first thing a family member told me was “That girl was stupid to have been drunk and alone. She even fell asleep. If I try to point this out, feminists will come after my throat. But how can she be so careless?”

Don’t be quick to judge the author of this statement. Let us understand that rape is scary. It is also complex. As human beings, it is natural for us to want to try and break down something scary to something simple, because that way, the problem, in our mind, becomes easier to deal with. Victim blaming culture is nothing but a product of our fear and ignorance, and while it is wrong, it can never be addressed if we cannot have conversations free of judgement and full of reasoning. Having said that, let us revisit the knowledge and the wisdom which has evolved around violent sex crimes.

In the pioneering study titled “Men who rape: Psychology of the offender”, Nicholas Groth throws a few curveballs. Not only did he note that sex offenders who were part of his study maintained rigorous and healthy sexual lifestyles with spouses, live in partners and girlfriends (which was based on consent), but it still did not resolve their need to rape.

In addition, Groth also observed that a significant percentage of the sex offenders in his study experienced sexual dysfunction ranging from impotence, premature ejaculation and retarded ejaculation during the sexual assault, virtually negating the argument that rape is founded upon an uncontrollable thirst for sex. In fact, lack of sexual functionality could be one of the dysfunctions perceived by the offender, to make up for which, rape becomes a tool of power reassurance.

India’s problem is that we have never tried to approach rape from a clinical point of view. Our approach is defined by the moral debate around rape and sometimes the legal response to rape. The moral debate has been about victim’s role in the assault, because the assumption is that rape is about sex.

However experts including Nicholas Groth categorically rule that rape is a pseudo sexual act that primarily serves non sexual needs. The legal debate has been about strengthening punitive measures and making procedures and rules of evidence more victim friendly. But in the midst of all this focus on the victim and the laws, we have lost sight of the offender. We have never tried to understand him and because of that, all our efforts to fight him are failing. In the war against sexual violence, intelligence report and analysis of the enemy is critically absent. So what will it take for India to initiate the kind of studies that Nicholas Groth, John Douglas, Roy Hazelwood undertook, which became the bedrock for one of the most formidable anti rape law enforcement agencies in the world, the Behavioral Analysis Unit of the FBI?

Having said that, let us now put ourselves in the shoes of the offender in this taxi service case. A fellow probably in his mid twenties to early thirties, with a rape acquittal in his background already, which in turn, tells him that he can rape without consequence.

He picks up this woman in the midnight and it hits him that he is alone with her. She is smart and seemingly independent, clearly a woman well beyond the scope of his social skills. She contrasts his own self perceived inadequacies that included a life of crime, a mediocre background in academics and a job of a taxi driver, generally considered less than ideal. What if he could dominate over her and control her? A man who finds himself lowly, taking away the autonomy of a woman he believes to be more accomplished. That would be the ultimate power reassurance tool for him!

But he needs to justify this crime for himself. “Look at her, she is alone, late at night and drunk. Who is going to believe her if she says, she got raped. So go right ahead”- he tells himself. In his mind, these cultural stereotypes, we have created about women who live such lifestyles, help him justify his designs to rape her, a concept known as feedback filter. The fact that he had the presence of mind to note down her number through a fool proof method of giving himself a missed call from her phone, suggests that he had played out this crime in his mind many times against an unknown victim and therefore planned for it to some extent, albeit against an unknown victim.

Now this is largely a theoretical model of what was running in his mind based on what I have read in the news and my own reading of behavioural sciences. But my hope is that, this will shift focus on the offender and why he did it. But, if we assume this theoretical construct to be correct, then this tells us many things. One: that the victim was likely to be assaulted even if she wasn’t drunk or asleep, as the wee hours of the morning and the promise of isolated roads was enough for a power reassurance or an exploitative rapist to act out his fantasy. Two: That, if not this particular girl, it was just a matter of time before another woman would be victimised, because the underlining personality dysfunctions and stressors that precipitate the consciousness of these dysfunctions would not go away, unless the offender is under lock and key, and under constant supervision and therapy.

Therefore, all it would take was the opportunity or a stress that he would be unable to cope with due to personality dysfunctions inherent in his psyche and we would be seeing the same guy committing another rape, if not for this one. And the next time, it could have happened in someone’s home instead of, in a taxi.
So who do we blame? The offender of course! The man had the intelligence to determine a place isolated enough to perpetrate violence on the girl, had the presence of mind to note down her mobile number in a fool proof manner, was well read enough to know that the threat of digital penetration with a rod (the death blow in the Nirbhaya case) was a sufficient threat to achieve compliance and even threatened to kill her when he realised she was disclosing the rape to someone. So he was capable of knowing and actually knew that raping a woman was wrong and he still did it. The blame goes to him, period!

However, what about law enforcement? I am reading conflicting reports about him having a prior record for sexual assault which culminated into an acquittal. In the book Anatomy of Motive, John Douglas swears that sex offenders (who are different from ordinary men who rape in specific contexts, such as war, where their actions are attributable to the specific source of stress in their life, like say, the theatre of war) start off small, with crimes like voyeurism and depending upon the consequences they have to face, escalate into bigger crimes like sexual assault. So if law enforcement could do its job correctly and ensure timely intervention in the case of the early stage offender, chances are that a rape could have been prevented in Delhi. But, in a country where “boys will be boys” is a pervasive attitude, such instances of voyeurism and breaking and entering, are often dismissed as trivial without realizing the psychological significance it represents.

While we cry for the law to be changed, I beg to differ. It is our approach to law enforcement that needs to change. First of all, a study on the likes of what Groth initiated, is the need of the hour. We need to develop an understanding of the local dynamics in India that is fueling this epidemic of violent crime.
Secondly, our police forces need to evolve from specializing in law and order, traffic and crime; to specializing in specific categories of offenses. So we need a dedicated sex crimes unit, or at least a unit dealing with violent crime against women and children. Otherwise the perspective needed to investigate a sexual offense can likely become lost, unless it is a high profile case in which event, Indian police is frightfully efficient, as was seen with the Nirbhaya case and the Shakti Mills Gang Rape case.

Thirdly, I have noticed that Investigating officers and Special Juvenile Police Officers in most of my work are really young chaps.While I hate to stereotype young chaps, as inexperienced, being very young myself, I cannot discount the ill effects of this very lack of experience in the Jon Benet Ramsey case, which to some extent was undone, thanks to the efforts of legendary and seasoned investigator, Lou Schmit. We need more experienced people handling cases of sexual violence and they must necessarily show sensitivity to be allotted with this responsibility. Alternatively, we need a diverse team of sensitized professionals and professionals adept at the practical facets of investigation, to ensure chain of custody is followed and procedure is duly complied with, leaving no loopholes for the defense team to prey on in trial.

It is measures like these that are likely to positively impact rape prevention in India. But we just seem completely un-inclined to learn from the rest of the world, where there is more seriousness and determination to protect the innocent from the guilty! Our approach is knee jerk and unscientific. It is largely an exercise at effective public relations aimed to address public anxiety and fear, rather than a serious effort to address a problem.

Let us demand for a smarter strategy to fight rape, because every time we do what is not required, another woman is being brutalized. Good day! 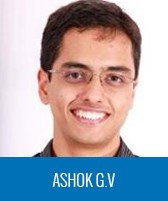 About the Author
Ashok G. V is an Advocate and Managing Partner of CorLit Legal with experience in women and child rights related issues. He is also a B.SAFE member.