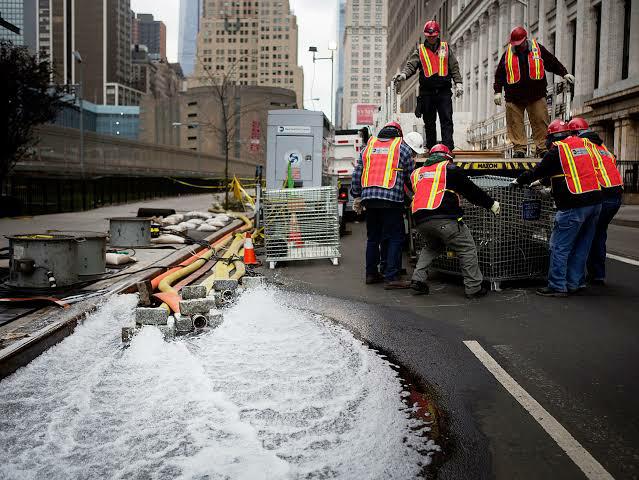 It’s a clear blue sky this Monday 30th Sept morning and promises to be real pleasant with temperatures in the 70s. We are staying at an apt on the corner of 60 St West and Amsterdam Ave. There is repair / replacement work of water pipelines on 60th street between West End Ave and Columbus Ave. At several places a sign board explains “What’s Going On Here” clearly. Normally 60th St would have parking on both sides with the middle two lanes for vehicular traffic. However with the water lines, which could be on the right or left or center of the street and 10-20 feet below the ground, the road is blocked appropriately to allow a single lane of traffic movement. If part of the work, say if 200 feet is completed, the road is redone and not left open for the next 2 years.

I stopped by to see what they were digging up and spoke to the engineer on the site. Interesting to learn that they were replacing old water mains that date back to 1878. “The oldest cast-iron pipes, dating to the late 1800s, have an average useful life of about 120 years. For cast- iron pipes installed in the 1920s, that drops to about 100 years. And pipes put in after World War II have an average life of only around 75 years. The upshot is that all three vintages of pipe will need replacement in a short stretch of time’ according to the American Water Works Association. Considering the city was thinly populated then, the pipes were put in to cater for the long term – obviously someone had vision. And astounding that the pipes have lasted over 100 years.

Walking the streets of Manhattan is safe even if there is construction afoot. No pot holes and crevices to fall through. In 6 days, I have walked between 60th to 72nd St and West End Ave to Central Park West, with complete ease and comfort and no fear of falling / tripping as compared to Bangalore.

Harish Jagtiani is a Bangalore resident since 1986 when it was a clean and green air-conditioned city. He is a concerned citizen about Bangalore and hopes that the city netas do their job to make it a real world class megapolis. Harish runs Intermark Corp which represents UK and US companies who have specialized information or marketing offerings for the IT industry. 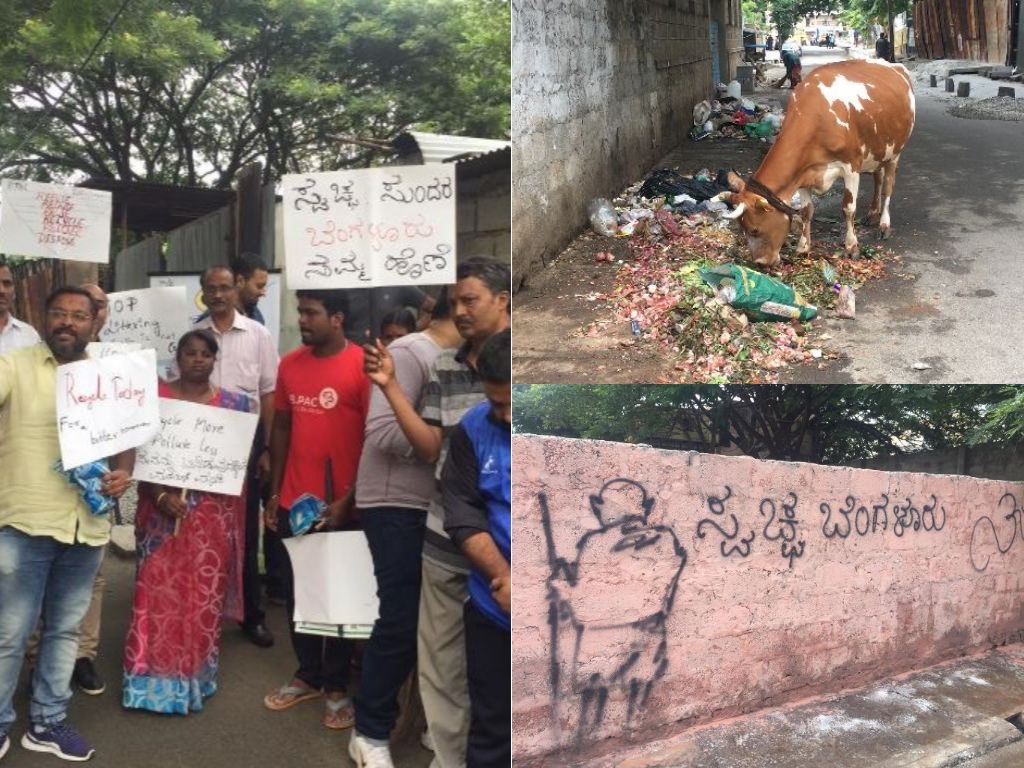 Engineer to Civic Hero Mr. Amith Nigli, a BCLIP2 participant; initially an engineer by profession was urging towards improving the quality of education in the city. This gave birth to “Niglis Preschool”; the school looks to enhance the quality of primary education by providing personalized care and support that encourages overall child development. After making a mark with children, he […]