Nadaprabhu Hiriya Kempe Gowda, far-famed as Kempe Gowda, was a chieftain of the Vijayanagara Empire who ruled over prominent areas of Karnataka in the 16th century. This highly esteemed personality is credited with being a “benevolent” and “compassionate” ruler. Historians glorify the benefaction of the great ruler as being the “Founding Father” of Bangalore.

Kempe Gowda successfully vitalized the capital city of Karnataka, Bangalore (now Bengaluru), in 1537. He is remembered by the people of the state and the entire nation for constructing numerous Kannada inscriptions. The flourishing ruler is considered to be a well-educated ruler of his time. He is equally admired for his numerous societal reforms and dedication to the inception of many temples and water reservoirs that glorify the region to this day. The birth anniversary of Kempe Gowda is celebrated as “Kempe Gowda Day” or “Kempe Gowda Jayanthi” by the Government of Karnataka, which is commencing on June 27, 2022.

His Early Period of Life

Born in 1513 in a village near Yelahanka, Kempe Gowda I dedicated his life tremendously to the well-being of the people of the region which is todayâ€™s Karnataka state. Being the Chieftain under the province of Vijayanagara King, Kempe Gowda I ruled for 46 years, and was fourth in succession from Rana Bairave Gowda (great-grandson of Jaya Gowda), who was the founder of the Avati Nadu Prabhus Dynasty. Kempe Gowda was quite ambitious due to his dyed-in-the-wool psyche. His early years remained highly experimental, heâ€™d spend most of his time in Guru Kulu near Aigandapura (Hessaraghatta) fortuitously learning martial skills and statecraft for almost nine years.

Kempe Gowda envisioned the inception of a city that could boast an entire military cantonment, water tanks, worship places, and religious ceremonies while also offering employment to the tradespeople as a complete metropolitan region. To fulfil his goals for the city, he addressed his plan to the Vijayanagara King, seeking permission to lay the foundation of Bangalore city in 1532. As per the planning, the city boasts a red fort with eight gates and broad roads, and the arrangement expanded across current-day Avenue Road, Ulsoor, Yelahanka, K R Market, and Malleswaram.

A massive number of tanks were made in the city by Kempe Gowda. He ensured equitable and justified revenue collection in the city. Under the reign of Kempe Gowda, agriculturalists and merchants would operate fearlessly and welcomed ample prosperity. A beautiful watchtower was established on a granite hillock, which stands proud in Lalbagh. Kempe Gowda is enormously eulogised for formulating the revenant Basavanagudi Bull Temple, Ulsoor Someshwara Temple, and Gavi Gangadhareshwara Temple. These temples welcome visitors throughout the year and are pretty famous for their architecture and spirituality at present.

His Journey Towards Inception of Bangalore

Historians believe that Kempe Gowda envisioned the formulation of the big flourishing city on his hunting voyage towards Shivanasamudra from Yelahanka. His minister Veeranna and Gidde Gowda (advisor) accompanied him during his hunting expeditions. During this time, he visualised the city’s big red fort, a cantonment, water reservoirs, temples, people, and enormous trade that would redefine its identity. He successfully conquered the Sivaganga principality which is 48 kilometres from Bangalore on the Bangalore-Pune Highway. Domlur was his next target, which is located near old Bangalore Airport. In this expanded forest region, Bangalore Fort and the town were established in 1537 with the prior permission of the Vijayanagar Emperor, Achyutaraya. He shifted his capital to Bengaluru Pete from Yelahanka, thereafter.

Later on, in 1728, the principality was annexed by the Mysore Kingdom (Dalawayis). In Srirangapatna, they imprisoned the last ruler and his family thus shifted to Hulikal Village, Magadi. Dewan Purnaiah pensioned off a few members of the family. He granted jagirs in Hosur, Tamil Nadu-at present, wherein the lineage survives as farmers.

During the midÂ  16th century, Kempe Gowda was imprisoned for minting his coins without approval from the then Emperor. All his territories were seized, which were returned only after five years of imprisonment. Kempe Gowda died in 1569 after a successful rule for 56 years in the state.

In 1609, a metal statue of Kempe Gowda was installed later at Gangadhareshwara Temple, Shivagange, as a mark of respect for him. In 1964, another statue was installed before the Corporation Office of Bangalore. After his death, his elder son Gidde Gowda took control of the state. In his memory, the name of Bengaluru’s airport was changed to Kempegowda International Airport. Also, to give him honour, Bengaluru Bus Stand was named Kempegowda Bus Station. Furthermore, Bangalore Development Authority formulated the Nadaprabhu Kempegowda Layout.

Teachings and Values of Kempe Gowda

A chieftain of Yelahanka and successor of the Vijayanagar Empire, Kempe Gowda remains a well-known figure for his societal reforms, martial arts, and religious beliefs, amongst others. He is well-admired for prohibiting the “Bandi Devaru” custom of amputating the last two fingers of the left hand of an unmarried female. He enormously supported art and learning and motivated others to perform the same. Despite proficiency in Kannada, Kempe Gowda learned numerous languages and authored Gangagaurivilasa, a Yakshagana play in the Telugu language.

The legendary Kempe Gowda won the hearts of the entire population of the Karnataka region during his tenure of 46 years of rule. Famous for his societal reforms and tremendous contributions to constructing buildings, temples, and reservoirs, Kempe Gowda ruled as an independent ruler. He is still remembered for helping and mentoring his subjects for their prosperity and development. As a mark of respect for his contributions, “Kempe Gowda Jayanthi” is celebrated every year on June 27 in Karnataka, India. It is remembered forÂ  the contributions of a visionary personality who was always appreciated for his administrative skills. 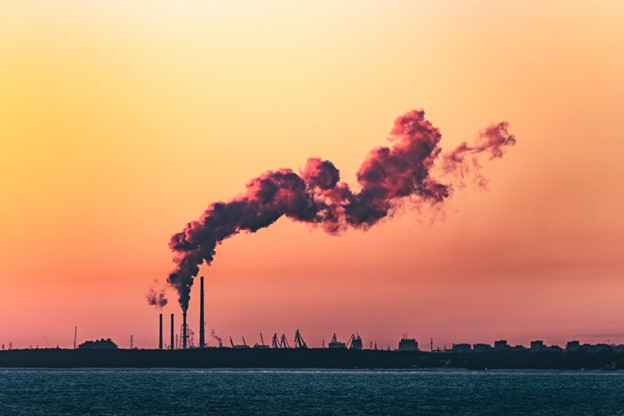