#VoteBengaluru, is an essential part of the entire Election Habba campaign. In this campaign, we urge and motivate voters to “get out and vote” without fail on May 12th 2018. The month-long campaign also includes a series of inspiring and thought-provoking messages
encouraging people to vote.

There are a series of initiatives under #VoteBengaluru 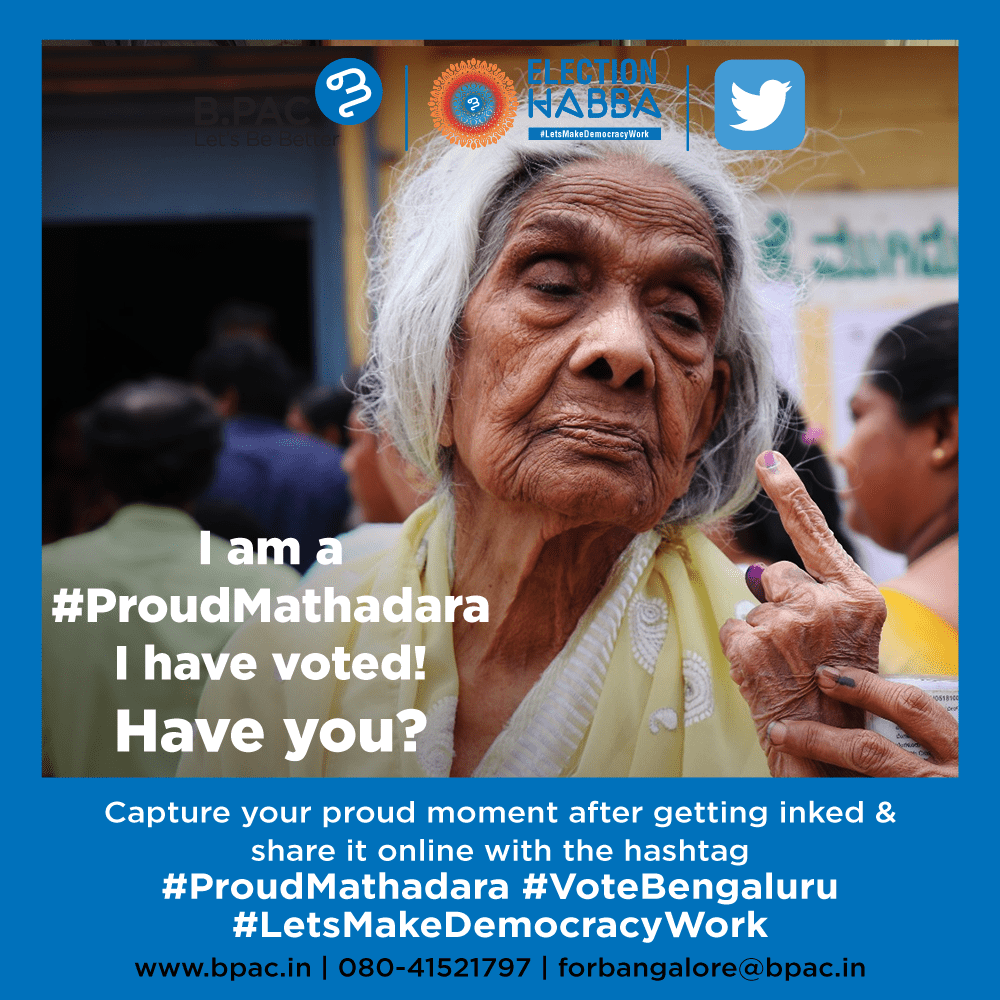 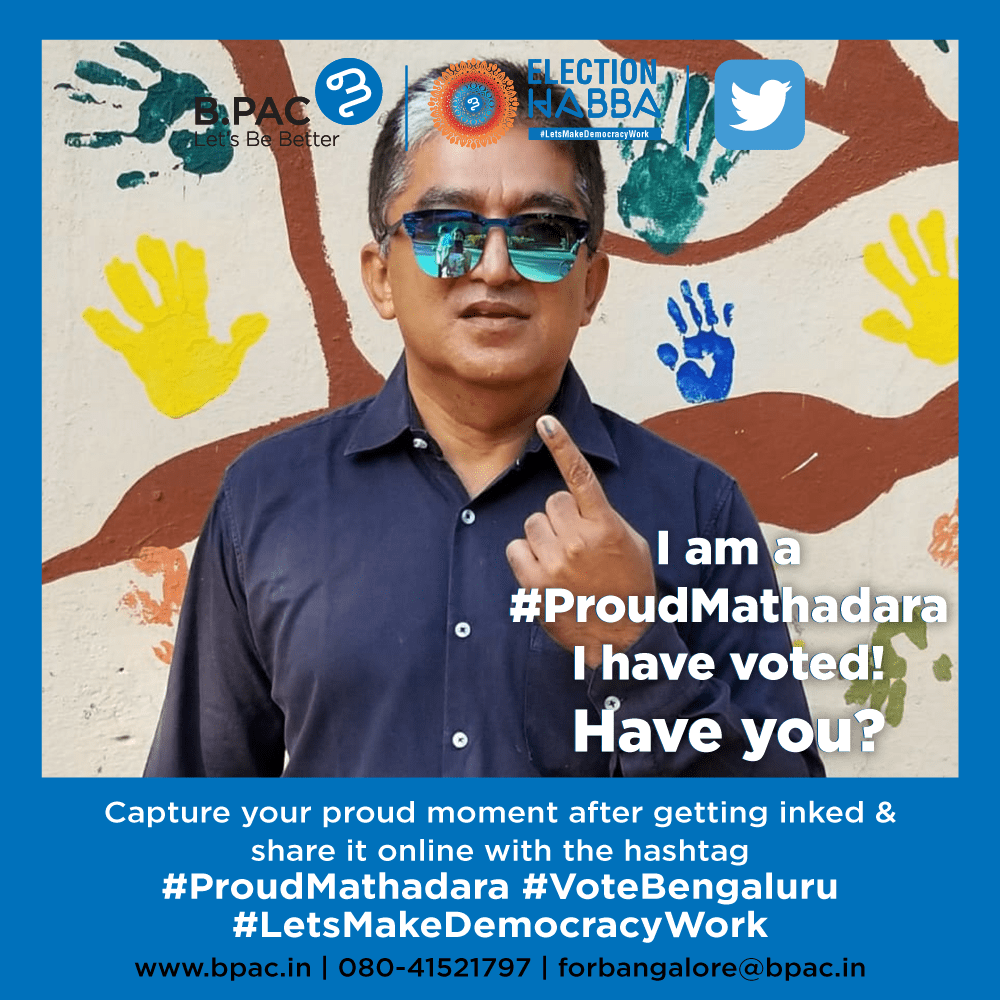 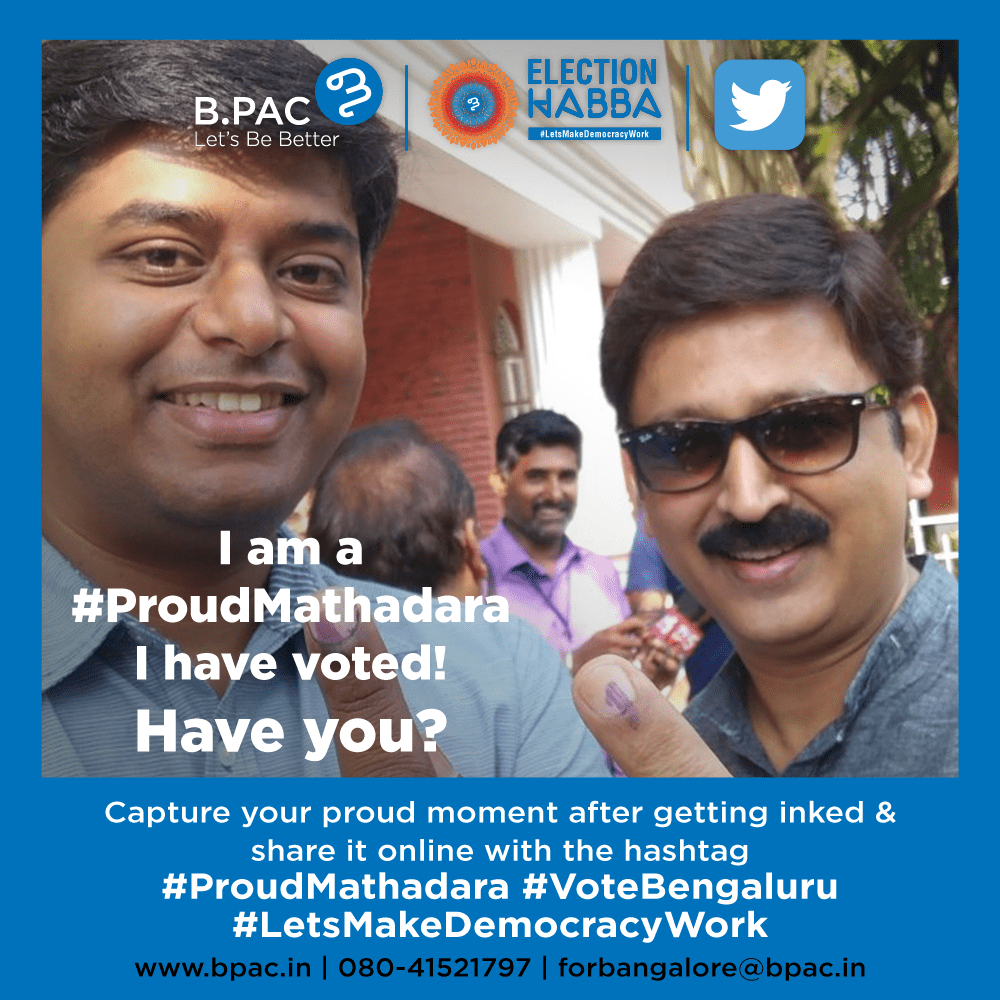 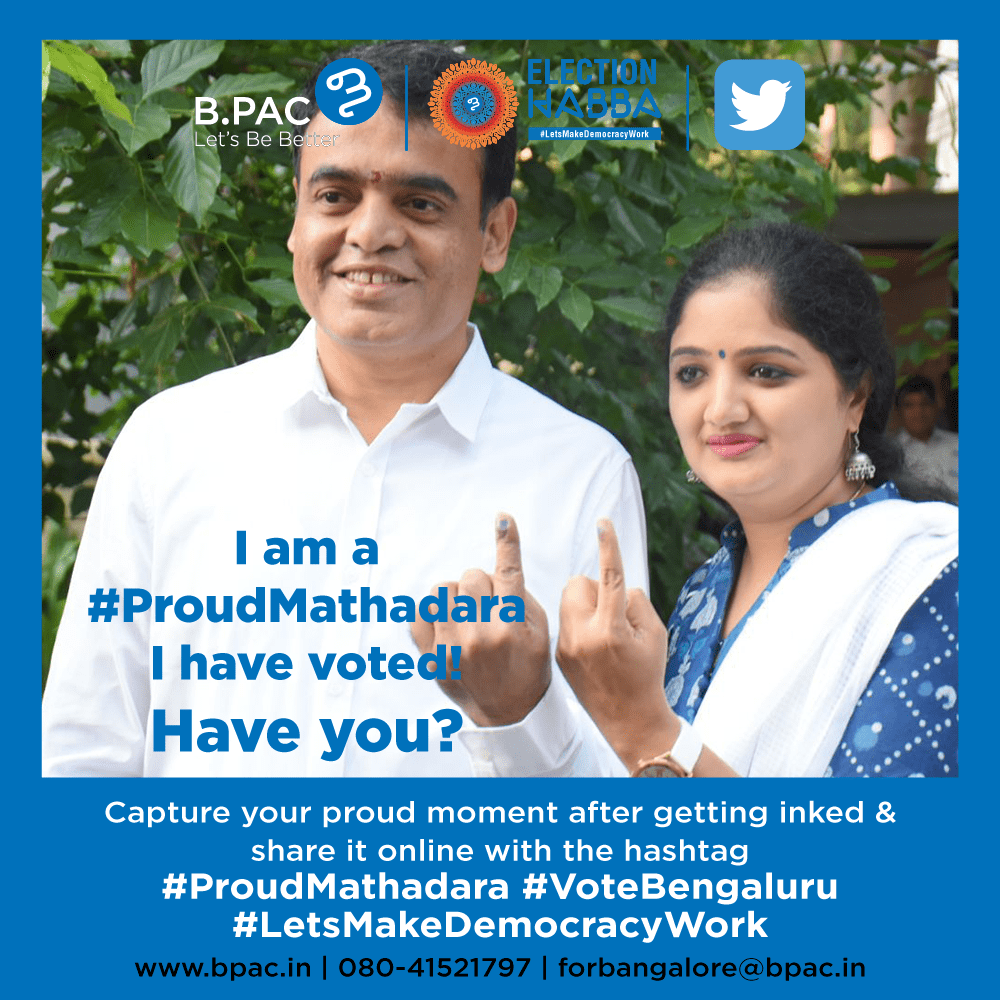 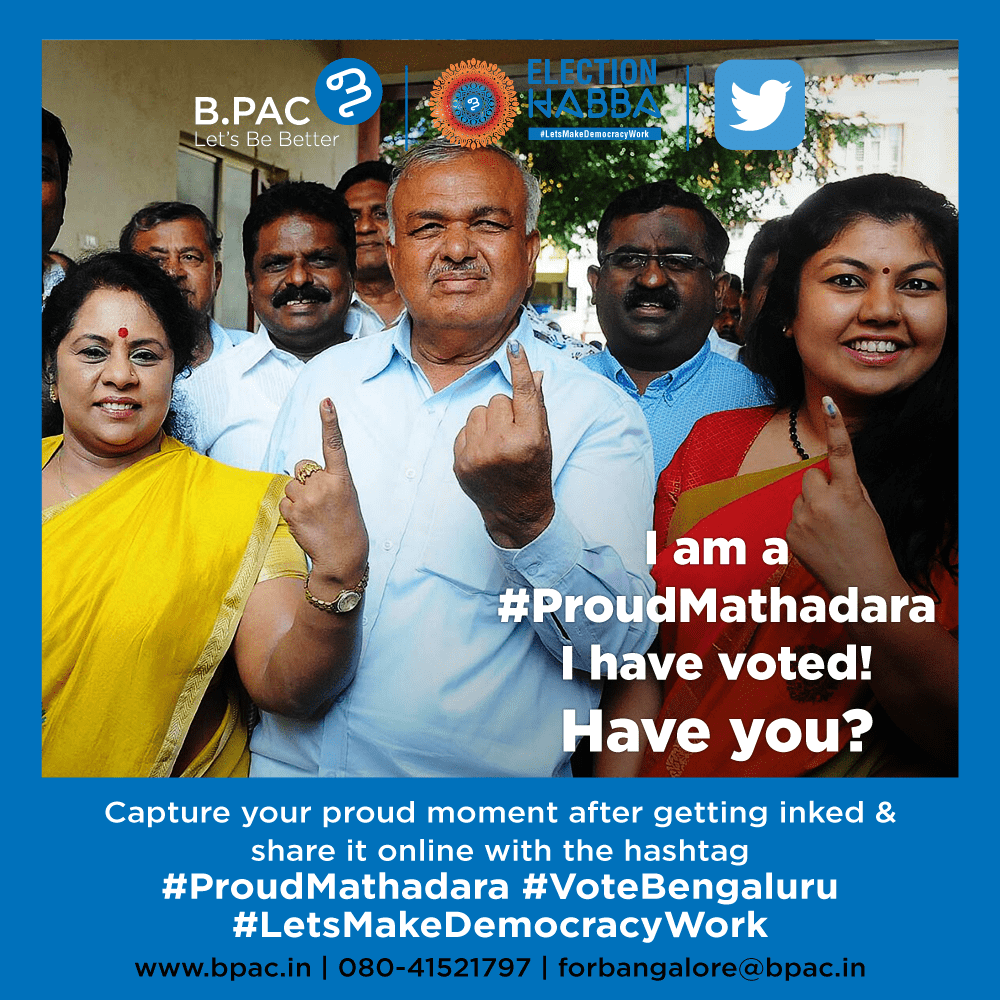 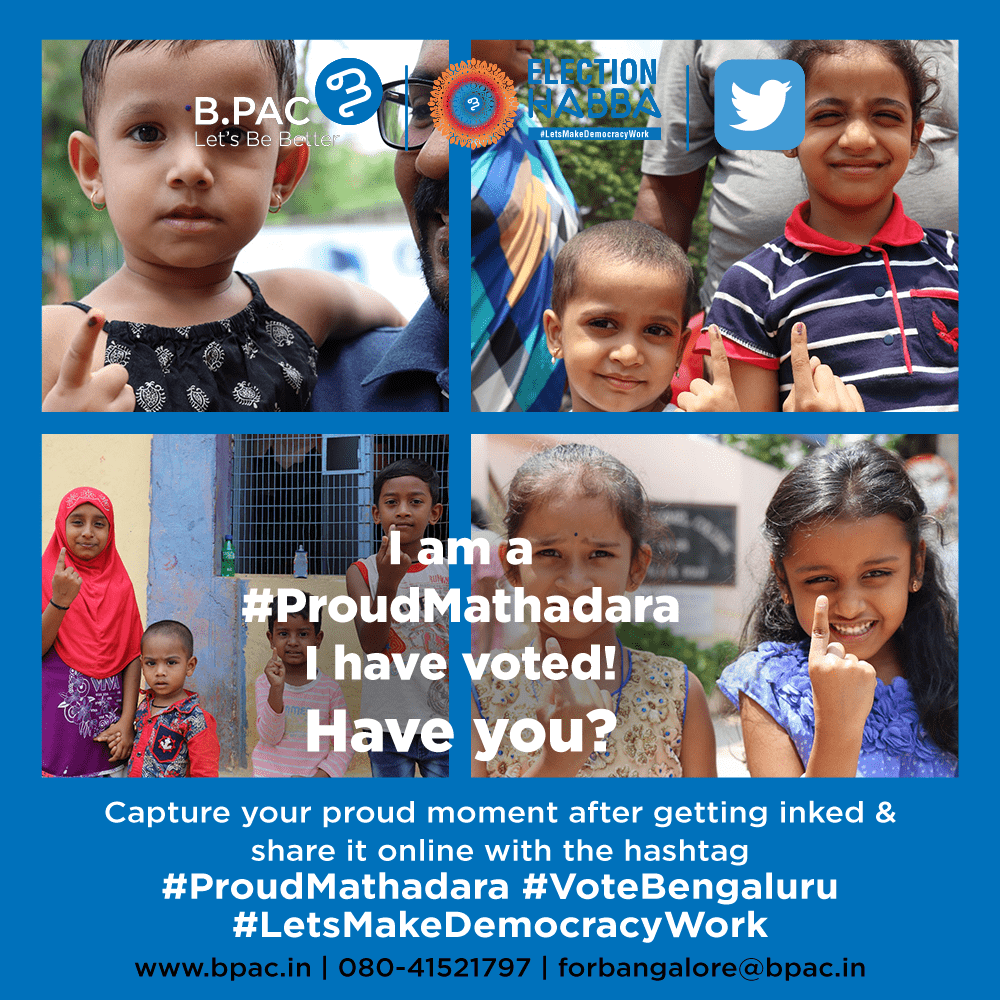