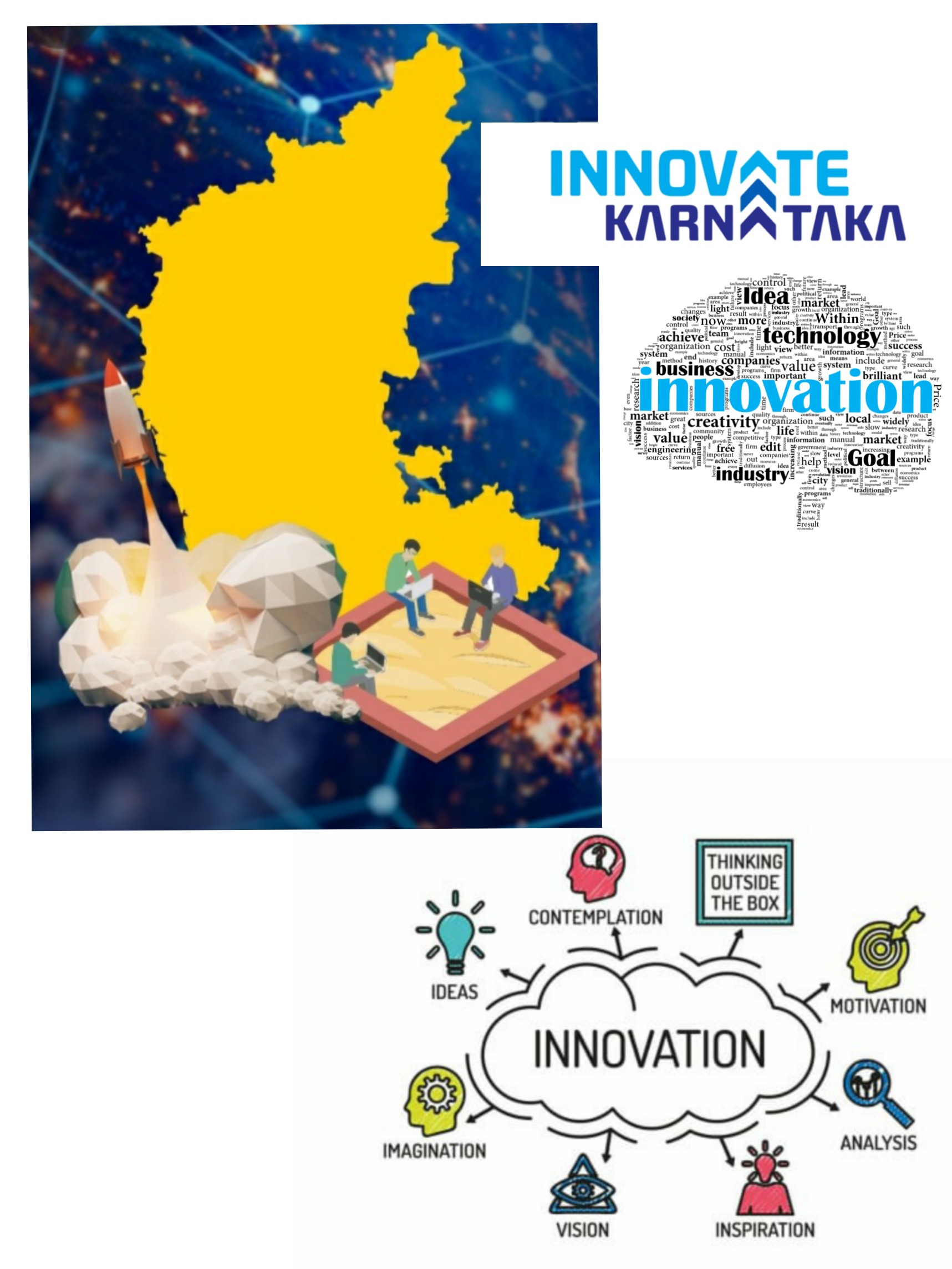 Karnataka State and Bengaluru City have been fortunate to have the IT industry as an engine of growth for the last 25 years. Today the IT industry has over 15 Lakh employed here, more than 25000 companies of which around 7,000 are startups, an export revenue of 45b$, more than 450 research labs with over 400 Fortune 500 companies getting their work done here. Bengaluru has over 125,000 chip testers and designers, the largest in the world with over 200 chip design companies even though India has no Fab. Bengaluru has more than 20000 automotive software engineers and designers, more than 10000 aeronautical engineers and designers. Lately over 500 start ups using AI and ML have come up with India’s first Fund for AI/ML being started here.

The eco system for startup’s and innovation is top class, over 100 funds, armies of lawyers, accountants, mentors, many incubators, accelerators etc. Over 4b$ of overseas and local venture capital flows in every year and the start up industry has more than 150000 employees. Every year around 150000 new jobs are created in the IT/start up industry. Bengaluru has the second highest concentration of tech talent in the world and by 2020 will have the largest concentration of tech talent globally overtaking Silicon Valley. Reports indicate over 100000 PHD’s reside here. Name any technology and the chances are that Bengaluru has them in some numbers.

Bengaluru is India’s only Global City with over 150000 overseas citizens, many being US NRI’s, India’s science city, India’s Electronic City, bio technology city, aeronautical City, fashion city, robotics city … the list goes on. You will find the best talent from all over India, over 55% of the tech talent is from outside Karnataka! Bengaluru has more tech talent from many States than the States themselves. We estimate the city has nearly 150000 Bengali IT engineers, more than that in West Bengal, 50000 Oriyas, more than in Odisha. As India’s leading middle-class City with no apparent traditional business class, it is an aspiration for great talent from all over India to come and work here. It leads in biotechnology with the largest concentration of companies and talent here. The biotech accelerators have some world class companies in Super Bug drug research, 3D printing of body parts etc.

It is a rich city, rich in wealth and intellect but very poor in governance! Bengaluru GDP is around 120b$, 60% of Karnataka GDP, with a per capita income between 10/12000 $ per year. Bengaluru paid around 92000 Cr as corporate and income tax last year, next only to Mumbai and marginally below Delhi. Bengaluru reportedly pays more Corporate and Income Tax than Karnataka collects in own taxes of 86000 Cr. With the 3rd highest quantum of bank deposits around 600,000 cr, the 4th highest level of bank lending for a city, the 3rd biggest airport and more, Bengaluru certainly rocks!

Well, almost except for the traffic! That too because Bengaluru has 70 Lakh Vehicles for a population of 1 cr, the second highest in India after Delhi but with a small Metro and inadequate Bus transport, Bengalureans suffer the most compared to any city in India due to traffic congestion. Luckily there is succor ahead with the Chief Minister announcing 250 Kms of Metro by 2022 which should carry more than 30 Lakh passengers a year.

Karnataka has led India in creating the right policy framework to create this Hi-Tech City. In 1997 came India’s first IT policy, later the Bio tech policy, a science policy and recently the Start Up Policy and the Electric Vehicle Policy, all due to a very innovative Ministers. The Government here is the most receptive to Change and new ideas and most open to citizens. Possibly the only State in India where you can criticise the Chief Minister in the morning and be invited to Tea in the evening to discuss your issues. Of course, Bengaluru has suffered immensely in the last 10 years, been neglected by successive governments obsessed with the rural vote thinking that by neglecting the city they can show their rural voters solidarity with them. Only in the last 2 years has the Government shown the willingness to invest in the city by committing over 7000 cr for infrastructure.

We are now in the Age of Disruption where the petroleum industry is being disrupted by Fracking and by the Electric Car, the IC engine based vehicle industry disrupted by the electric engine, the coal based power industry by Alternative Energy, manufacturing by 3D printing, IOT and Robotics, the life science industry by bespoke DNA medicine and stem cells, the medical industry by Robotics surgery and AI, the financial services industry by disintermediation of the payment system. All led by massive growth in mobile computing power, cheap data packs, even cheaper cloud technology with software eating hardware. By 2030 we will see a wholly new Age driven by technology disruption! We already see the change due to 106 Cr mobile connections.

How can Karnataka face the Age of Disruption and win? Karnataka needs to invest in Robotics, AI/ML, IOT and other Hitech and frontier industry by creating policies for these new age industries to come up. A start has been made by the EV policy. The State needs to invest in R&D in frontier areas by creating a network of 50 Universities and labs and funding research in these areas, creating scholarships and Labs for experimentation. Artificial intelligence and Machine Learning (AI/ML) will rule the world giving countries a competitive edge. We need to invest in them in our research labs.

We need a 1000 cr Fund to co-invest in tech and bio tech starts ups in these areas to provide the capital for growth. It needs to co-invest in more incubators and accelerators focusing on cutting edge areas. The State also needs to market itself more vigorously as a world Centre for Hi tech industries the way China does. It needs to massively improve infrastructure and transport in Bengaluru to improve the quality of life as without a productive Bengaluru, there will be no future. At least a sum of Rs. 2000 Cr is required to be spent on innovation every year, on research, start ups, training, incubators etc to retain the edge, only 1% of the State annual budget, which could increase job creation by 100000 more every year.

Industry is getting disrupted by 3D printing, IOT and Robotics. To accelerate adoption by MSME, training centres and grants for adoption are needed. Industry associations like FICCI, CII, FKCCI should be given grants to set up these training centres. The State also needs to incentivise electronic, mobile phone and sensor manufacturing by providing ready built infrastructure where capital costs will be reduced, set up near airports as these are part of global supply chains. The EV policy is the right entry point for this but needs urgent action by the state to generate demand for EV by placing orders for 5000 EV Buses over the next 3 years if manufactured here. China has shown how creating demand by investing creates new industries.

What about the rest of the State. The biggest investment will be in creating a Digital Karnataka, a state where every citizen is digitally empowered and connected by a smart phone to the internet with access to rich low-cost data packs. Maybe 50% have this, but for the balance a Bhagya Smart Phone under the CM Siddaramaiah schemes can be given to digitally empower everyone. Government should enhance the range of its E-Governance initiatives so that citizens are provided access to services at their homes. Public areas in our cities and towns and in our villages there should be free Wi-fi access through hi speed bandwidth to create access. Innovation clusters in various other towns should be created.

All school children should have a tablet with wi-fi and 4G data connection, having rich Multimedia content in Kannada and English covering their syllabus. This will remove much of the disparity that exists today. Byju has shown through his start up how students can be digitally empowered. All schools should be networked to the Internet, all colleges and Universities should have high speed bandwidth- all paid for by the State so that nobody is deprived. Today access to bandwidth and the internet is a necessity just like drinking water and a building block for the future. This will enable the delivery of medical services, financial services electronically to all citizens, dramatically increasing access and reducing costs.

The State should invest in the creation of IOT, biotech, 3D and Robotics labs across colleges to accelerate innovation. Start accelerators and incubation centres there. The key is to improve access to knowledge and information. Universities should be encouraged to accelerate research in frontier areas through competitive grants.

Innovation for the future needs the creation of a broad based digital society with the basic building blocks of digital access in place. The costs are not high as all the State need to do is to accelerate the already ongoing digital wave! The base is set but acceleration across the state is vital.

About the Author: Mohandas Pai

Mohan is the Chairperson of the Board of Manipal. Global Education and Medical Group. Mohan is also on the Board of Ascendas property Fund Trustee Pte Ltd ("APFT"), as Trustee-Manger of Ascendas India Trust ("a-iTrust).