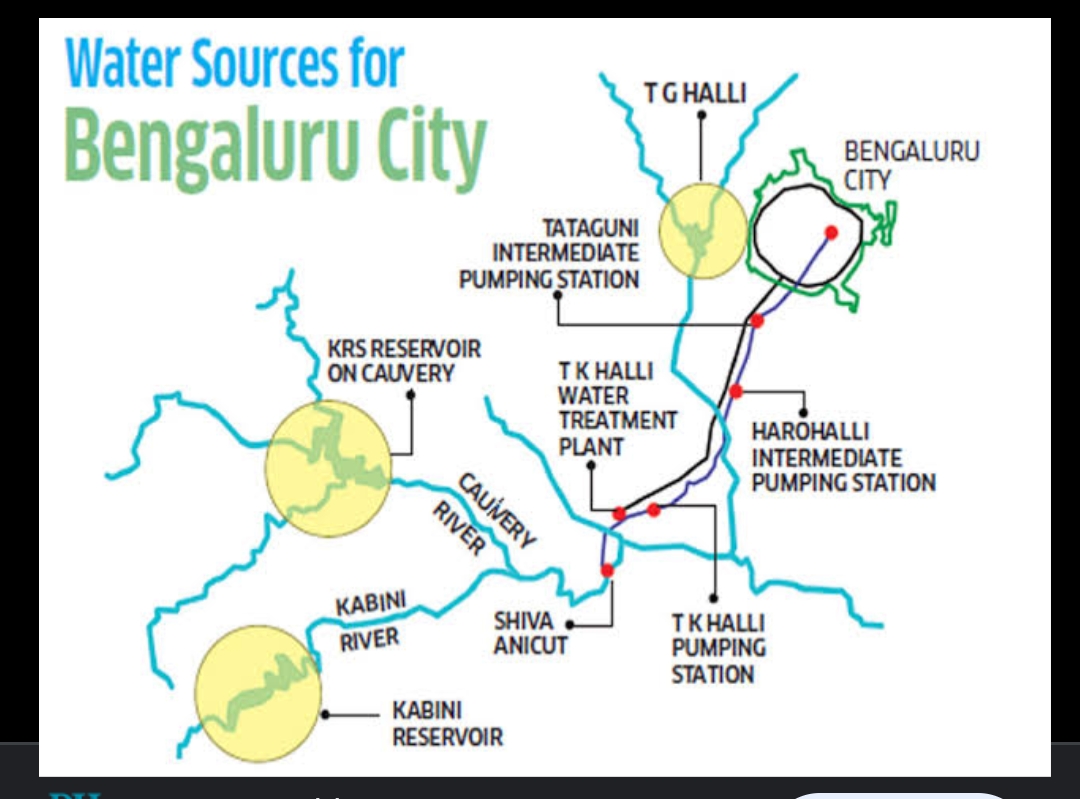 Quenching Bengalureansâ€™ thirst and supplying tap water to the city is the most expensive affair, and is dipping into the BWSSB finances on a daily basis.A hike in water rates by the BWSSB is always condemned, followed by a massive outrage in the media, and then it ends in political fireworks and a price roll back.

Everyday 900-1000 Million Litres of water is processed and pumped from a distance of 100 kms to Bengaluru which is at a higher altitude; it costs BWSSB not less than Rs 80/KL of water that reaches Bengaluru, making it one of the most expensive water supply operations in the country. Even with such an expensive operation over 30- 35% of Bengaluru do not get the water supplied by the BWSSB or donâ€™t get enough even for basic needs. Households in several revenue pockets, apartment blocks, slums, parts of newer BBMP wards are deprived of the BWSSB connections/supply and have to pay 2-4 times more for the same quantity of water that the households who have the BWSSB connections utilize.

Households without the BWSSB connections are drawing underground water from the tube wells in their premises or dependent on private water tanker supply system (the infamous water mafia.). On one hand it is an environmental disaster in the making, as excess drawing of ground water and less than 30% of it getting recharged, the ground water rill dry up sooner or later. On the other hand is the huge disparity in the cost one pays to buy water.

A household in a slum pays Rs2-5 for a pot of water; a resident in an apartment block buys tanker supplied water (6000 litres) at Rs 300-800 and a household with the BWSSB connection pay Rs71KL of metered water. The glaring disparity is not just unfair but undemocratic too, why should households of the same city have to pay different cost for water they consume?

On an average a person needs 80-120 litres of water per day to lead a hygienic and healthy life, and access to clean affordable water is indeed a right of every citizen. The lopsided supply of water does not address the minimum requirement of water to keep the citizens hygienic and healthy. Itâ€™s common knowledge that water tanker mafia aid the local politicians to control their vote banks in smaller colonies, and to make windfall profits by supplying water to affluent apartment blocks. Hence there has been no urgency or political will to make rational changes to the system and to improve the water supply situation in Bengaluru.

Chief Minister Siddaramaiah who is also the Minister in-charge of the BWSSB has to review the water supply situation and fix the unfair disparities. With increasing influx of people into the city there will be an excess strain on resources, itâ€™s practically impossible to keep drawing water from 100-200 kms from different rivers and also draining out ground water.

SUGGESTIONS TO BWSSB, AND TOUGH MEASURES:

1. BWSSB should use the BBMP GIS mapping and connect all the properties in Bengaluru to its network, making it mandatory for every household to have a BWSSB water connection.When a property is linked to BBMP Taxes and BESCOM power supply there is no reason why the Sewage and Water connections are not made mandatory.

2. Supply 80-120 litres of water per person per day to every household, at an average of 5 people per household at a subsidized rate, and charge any additional usage at actual operating cost. Charging at actual operating cost above the basic necessity automatically forces reduction in usage; it promotes conservation and increases adoption of rainwater harvesting methods.

3. Ban drilling of tube wells for at least next 10 years, register and meter all the existing tube wells in the city and charge the water drawn from tube wells, but also reward recharge and harvesting methods.

4. Shut-down private water tanker operations, as the menace of controlling water for votes or gains should end. In a civilized society and a democratic set-up there should be no room for controlling of voices & votes via water. Yes, many concerned citizens have taken to water conservation and rainwater harvesting in a big way, hats off to them, but their efforts alone will not solve the water problems of the city. There has to be changes at the Legislative level, and the current Karnataka Government has a great opportunity to bring in the much needed changes to the way water is supplied and priced in Bengaluru. However unpopular and politically challenging the changes are, it should be done as its good for the city and its citizens.

Water for all can become a reality if the Government uses a carrot & stick approach, by rewarding conservation and punishing excess usage.