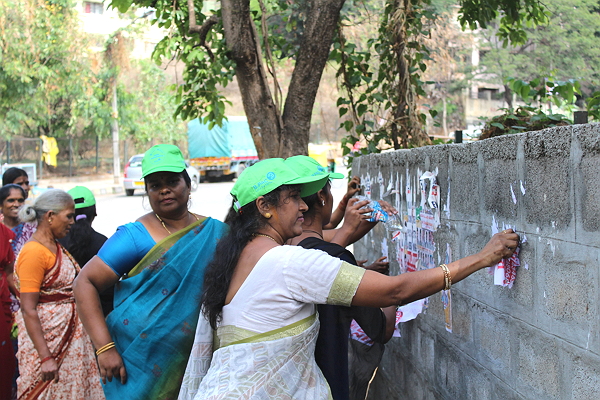 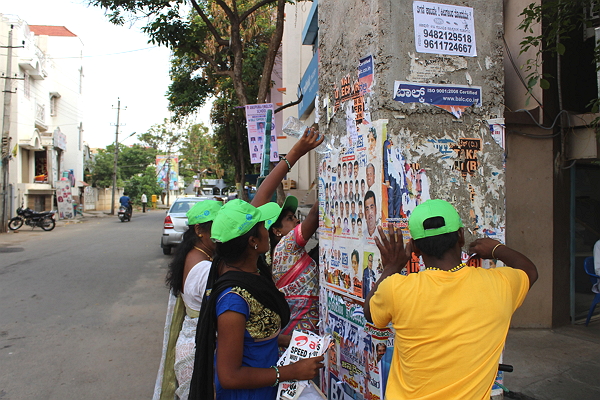 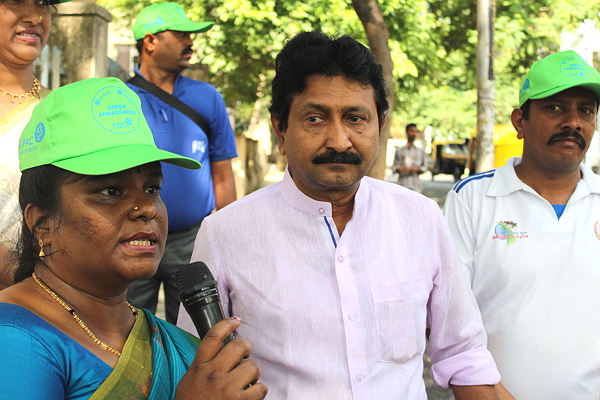 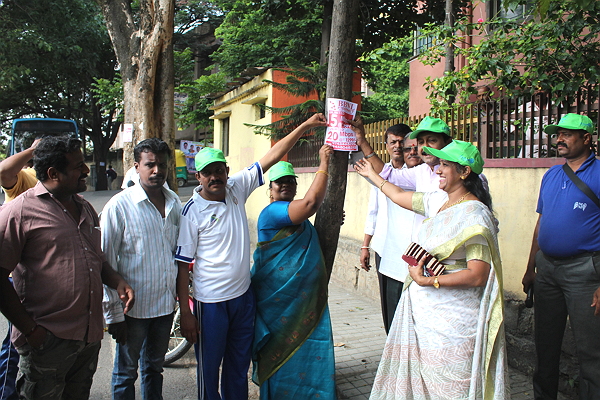 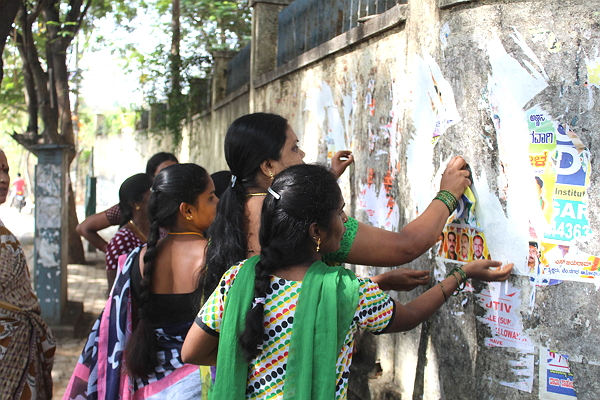 B.CLIP’s Civic Hub leader Jayalakshmi joined hands with the Resident Welfare Association of Nandini Layout in organizing #KillBills drive to get rid of the illegal flex boards, posters and banners that are creating ‘visual pollution’ in in the surroundings. This was conducted alongside with the campaign “Clean Nandini Layout, beautiful Nandini Layout” run by the corporator, K V Rajendra Kumar.

Nearly 200 people from different walks of life had gathered to participate in the campaign to express their support towards the well-being of the ward and to spread a clear message that people’s active participation is the right antidote for resolving numerous problems facing our society today. The people of Nandini Layout have made a vow to keep their ward clean and green and also take serious remedial action against offenders.

Also, the High Court of Karnataka has ordered citizens to refrain from such activities or else face punitive actions. It must be noted numerous laws are there to end this menace. For instance, The Karnataka Open Places (Prevention of Disfigurement Act) is one such effective legal provision that ensures action against the offenders. Enforcement of these laws are need of the hour.

An effective public announcement system made sure the message reached the local residents. “We will continue our efforts to ensure that Nandini Layout is free of illegal posters, banners and flex boards. We have received immense support from the locals and the BBMP and we appreciate anyone stepping up and volunteering for the cause”, said Civic Hub Leader Jayalakshmi.

It is worth noting that the corporator of the ward also carries out various flagship programmes at the ward level such as the “Swachch Nandini Layout” program which is to keep the ward clean and green.

While addressing the gathering Mr Rajendra Kumar said “It is each and every citizen’s responsibility to respect the law and join hands with BBMP to keep the surrounding area clean and green. I urge all citizens to join the #KillBills movement”.

BBMP officials assisted B.PAC with logistical support. At the end of the day’s campaign, almost a truck-load of bills/banners/posters were collected and disposed. This is yet another modest exemplification of the #KillBill campaign but this time with a greater amount of magnitude impacting the campaign.

The civic hub leaders and the BBMP made it a fact that more such initiatives are necessary to make Nandini Layout a model ward for Bangalore city. #KillBill will be carried out on a monthly basis in the premises of Nandini Layout.

Civic Hub is a B.PAC initiative intended to help select B.CLIP participants in establishing on ground presence and undertake civic improvement and /or community projects in their respective BBMP wards. The objective of the program is to strengthen the engagement of B.CLIP participants with the citizens in their wards through meaningful interventions and innovative solutions to the problems in the ward. The program will further the grassroots leadership of the B.CLIP participants there by making them effective support persons in the ward to address the civic problems, access  to government schemes, voter registration assistance etc.