“Today’s Women for A Better Tomorrow”, a program for B.CLIP women civic leaders

Bangalore Political Action Committee runs a flagship program called the B.PAC Civic Leadership Incubator Program (B.CLIP) under which 80 women have been trained to actively participate in civic society and local governance. As a part of the International Women’s Day celebration, B.PAC organized the “Today’s Women for a Better Tomorrow” program for B.CLIP women civic leaders to showcase the work they have undertaken in society.

The event began with Archana M V, Research and Program Coordinator, B.PAC, presenting the study on Analysis of Participation of Women in Politics: A Case Study of Karnataka said that “Between 1957-2018 Karnataka Legislative Assembly Elections, the number of women contesting the elections has increased by 813 %, whereas the success rate of women in KLA has fallen from 54 % to 4 %. This suggests that there is higher participation of women, whereas representation has been falling.”

Speaking about the women reservation bill, she said, “A 33% Women’s Reservation Bill for representation at the Parliament and Legislature is the first and most important step to encourage women participation in the second and first tier of Governments.

The event created a platform for the women civic leaders to project the work they have undertaken by displaying the photographs. The civic leaders further discussed the different barriers they face in their political journey.  The barriers are multidimensional – family, societal and institutional.

The B.CLIP women will submit their wish list to all the political parties which will help enhance their representation in politics.

The event was extensively covered in Kannada Prabha and Prajavani. 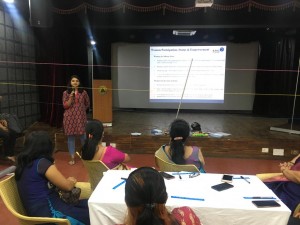 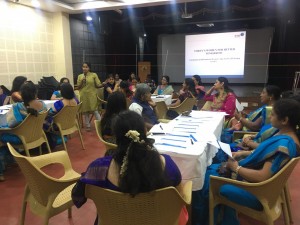 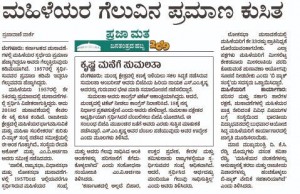