B.PAC and ELCIA in association with BBMP and Election Commission of Karnataka had organised the launch of Voter Information Centre. The goal of starting Voter Information Centre is to help the people in clearing their queries regarding Voter IDâ€™s. Dr. Vishwanath , Additional Chief Electoral Officer, Bengaluru South, addressed the gathering about the preparations made by the BBMP and The Election Commission Of Karnataka as in demo of EVMâ€™s at various places, registration of voter IDâ€™s online. And he also acted quickly to solve the problems of the gathered crowd about the registration of Voter IDâ€™s by contacting the respective BLOâ€™s through phone and suggesting them to clear all the issues raised.
Ms. N.S. Rama, CEO of ELCIA, spoke about the problem of techies in Bangalore and how can we solve those problem with help of Voter Information Centres, the program initiated by the Election Commission of Karnataka. The main aim of Voter Information Centre is to help people from other states and districts in getting their voter IDâ€™s because that is a hectic job as they will have to delete the voter ID with the old address and this has to be done by submitting the hard copies of the documents to their respective ward offices and not online so this is intern is effecting the percentage of voters as we can see in the last Constituency Election the total percentage of voting was just 53% so we jointly need to work towards increasing the percentage of voters in the coming elections. 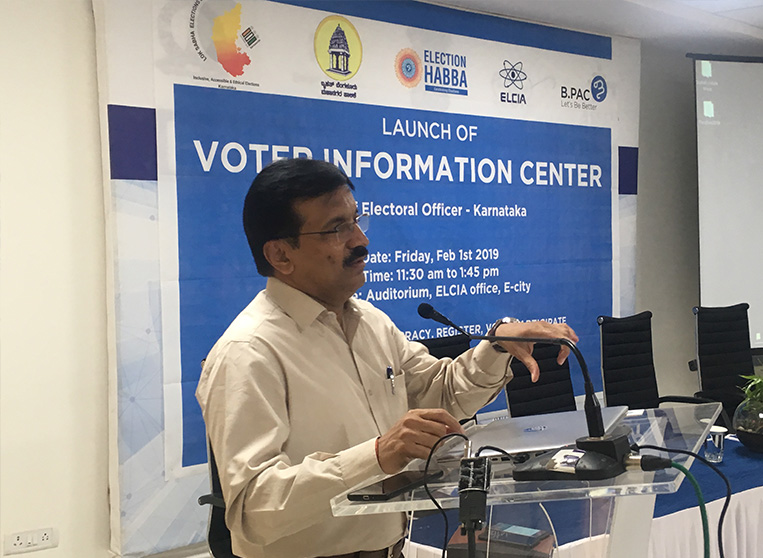 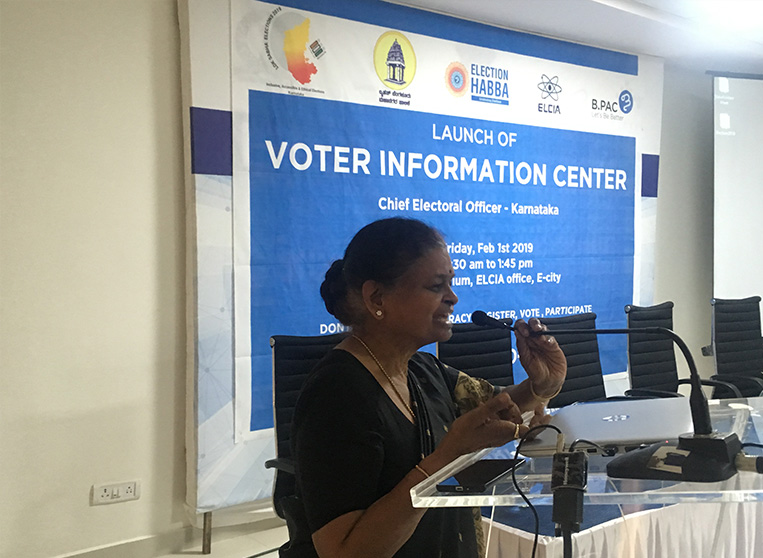 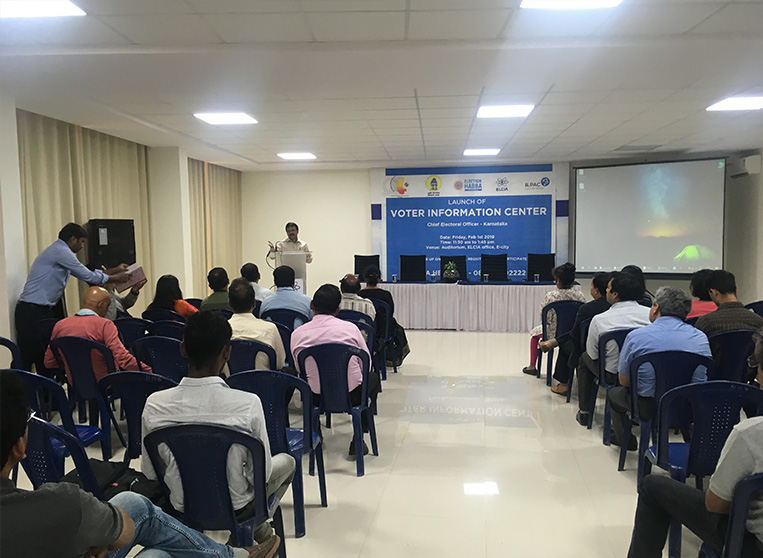