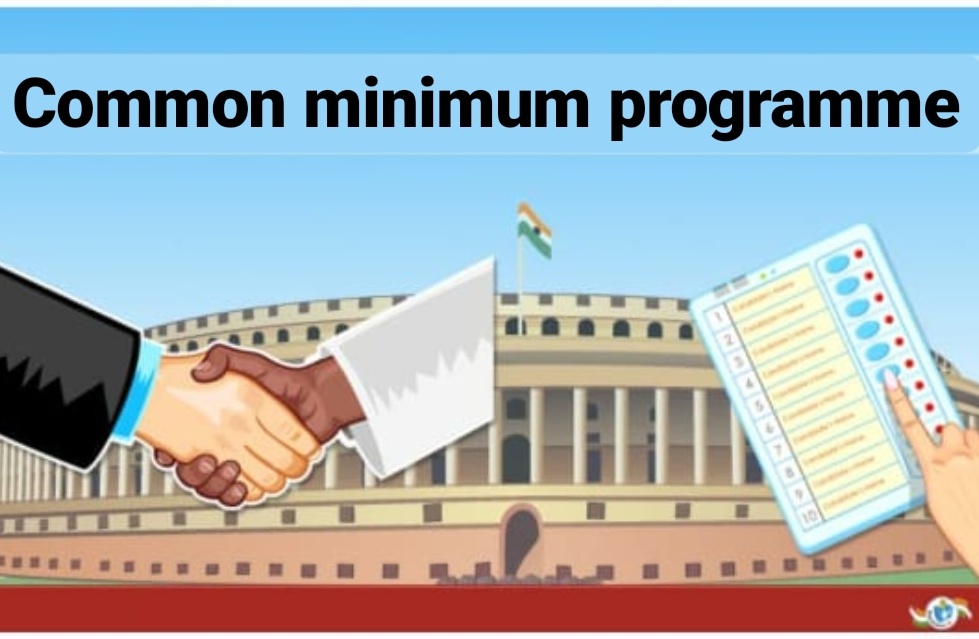 May 2018 elections to the Karnataka State Assembly threw up a hung house with no single political party able to garner majority mark. The situation lead to the formation of a government by two political parties, Indian National Congress and Janata Dal (S), without any pre-poll alliance, and who had fought the electoral battle bitterly.

During the election campaigning, each of the national and regional parties had given their manifestos to the citizens, outlining their vision for the state and the constituency. In such a situation, a question arises in the minds of citizens as to what they voted for and whether the promises made by the political parties would be met. An established convention when coalition governments come to power is to formulate a Common Minimum Programme (CMP), an extract from the manifestos of the individual political parties.

CMP then becomes the basis for the government to work on in place of the individual partiesâ€™ preferences. Key stakeholders from both the parties participate to draft vision document/guidelines principles for the government to follow.
Sector-wise programs are drawn up, that are mutually acceptable and could be implemented, keeping in mind the political repercussions that will follow for the individual political parties.

Currently, a five-member coordination committee has been constituted to help with the CMP for the Karnataka State Government. Once the committee is set up, a draft with the salient features of their election manifestos will be sent and ratified for the state government to include in the budget and help set the agenda for governance. Both the parties will have a fair number of members in the committee.
Currently, it is headed by the former Chief Minister Siddaramaiah from the Congress in the Congressâ€“JD(S) coalition government. CMP helps decide other issues of contention between the parties like boards and corporations appointments, with people from both the parties fighting it out to get their fair share.
The CMP for the current Karnataka State government includes the main objectives like the farm loan waiver, creation one crore jobs, and allocation of â‚¹1.25 lakh crore for irrigation over the next five years.
In the agenda, the farm loan waiver is the big ticket promise of the JD(S) party in the run-up to the elections, while the Congress promised the job creation and fund allocation for the irrigation sector. The CMP Coordination Committee has also set a priority list for the programmes that need to be implemented. This ensures to an extent that the politics do not derail the process of governance in a coalition government. The process also ensures that the differences in the process of governance does not derail the government itself.

It is a paradox that such a programme that people get by combining better of the two manifestos should be termed â€˜Minimumâ€™! The government is not constrained by the programme but can always go beyond; the CMP process ensures that issues are debated prior to implementation and many a view is heard. Coalition politics, in a way, is more representative of the diversity in our society and ensures that interests of some sections are not sacrificed for the expediency of other sections.