“Never give up!” is probably one of the most cliché phrases one will ever hear as they’re building their career. But there’s a reason why these sayings are clichés—one can never know when success is just around the corner. This was the case for a certain gentleman from Bengaluru. Here is an odyssey of an aspiring ordinary man who took a great step to bring about changes.

The journey which started in early 2018, from ‘Non-Kannadiga’ to ‘Naanu Kannadiga’, was not as easy as falling off a log. Sampath Ramanujam, founder of Anvaya Foundation embarked on this path when he had the thought of teaching Kannada to a few people who planned on staying in Bengaluru for a while. Being an employment-centric city, it is attractive to people from all over India, which in turn makes it such a dynamic cosmopolitan for lakhs to call it home. As with any influx of people to a new place, the language barrier is an imminent pressing problem faced by them. Many of Sampath’s friends and colleagues were aware of this issue and put forward the idea of teaching Kannada to help the non-localities assimilate into the culture more easily. ‘’Being married to a Kannadiga, it was less complicated for me to learn Kannada,” says Sampath Ramanujam. The non-localities he used to talk with on a regular basis said to him, “How are we going to communicate? You know Kannada, it’s difficult for us to understand the language. Why don’t you teach us?”. With the rising demand from within his circle, Sampath along with his wife took the initiative to teach the language in order to reduce the communication gap. After 6 months, the couple was joined by a few more volunteers who had the same vision as them.

On the mission for improved community connectivity, they began giving lessons in government schools by conducting workshops and classes. “Learning has no age limit”, says Sampath, hence he teaches people of all age groups from kids to senior citizens. Conducting classes in Marathalli and Whitefield which are known as the IT hubs of the city and filled with people who don’t know the language, this initiative was a great step forward in combating this issue.

By connecting private school students with government schools and IT sector employees with the locals, carrying out this initiative became a lot easier.  At present this program has reached over 500 people in 15 batches. Thanks to him and his team, many of their students were able to give speeches in Kannada and also were able to speak fluently. Despite being a non-native of Bengaluru, he and his wife dedicated their weekends to aid of others who wished to learn the language. Sampath Ramanujam, a man with a great vision for the city of Bengaluru and a proud B.CLIP Civic Leader. 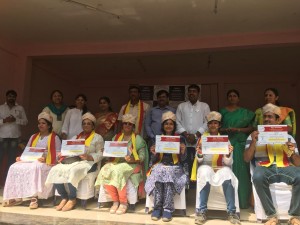 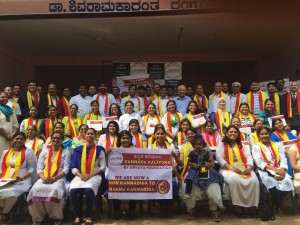 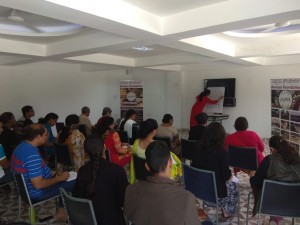 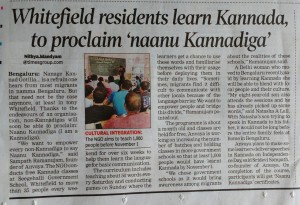 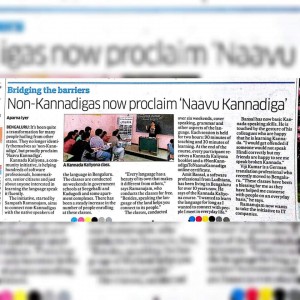