One can never predict how the future unfolds, for a man who despised politics, C Sampath had the vision to transform and uplift the lives of his fellow peers and other oppressed by driving into the sphere of politics.

In 2004, Sampath along with his fellow auto drivers, made headway with making driver details to be displayed mandatorily on every auto rickshaw. The idea mooted by the union leader of Adarsha Auto and Taxi Drivers’ Union mirrored his interest in promoting good things and bringing in change. He believed that by pushing this system, it will ensure higher safety of the passengers and also deter any form of harassment while in the auto. It will also assure the daily commuters that they are being driven by genuine license holders.

Sampath stumbled upon this idea during a visit to Bangkok to attend a seminar where he saw the driving license being displayed below the meter and wondered why it could not be implemented here. In the wake of implementing this new system, Mr Sampath, secretary of the union said that the auto drivers who choose to display these cards would also be covered by an insurance of up to Rs 1 lakh. Also, if any of the drivers meet with an accident, they would get immediate medical assistance as the display card would also have their blood group mentioned.

Driving License Display System organized by the Adarsha Auto and Taxi Drivers Union was inaugurated by the Police Commissioner, Ajay Kumar Singh, which brought a sense of accomplishment and a smile on the faces of Sampath and his colleagues. It was a proud and defining moment in the life of this ordinary man.

In recent times, transportation network companies like Ola and Uber that offers peer-to-peer ridesharing and ride-hailing services came into the field and achieved massive success. Before their arrival, Sampath had started “Easy Autos” for providing safe and convenient auto rides for passengers, but unfortunately, it didn’t see a successful outcome. But in the spirit of innovation, a good move is always appreciated. He was bestowed with the ‘Kempegowda Award” through B.Pac from the Karnataka Government.  His work was also appreciated by the Tamil Nadu government.

Doing a good job is not only about impressive innovations but also about doing something with keen dedication.C Sampath is one such man and his contributions were pivotal for auto rickshaw passenger safety. 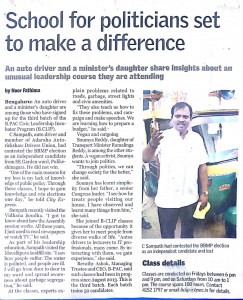 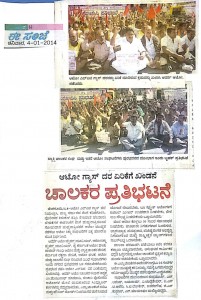 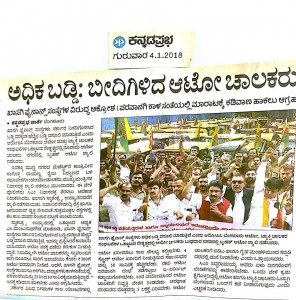