Bengaluru has a lower share of public transport lagging behind Mumbai, Kolkata and Delhi, having usage of 80-81%*, whereas Bengaluru having about 45-49%*. The private vehicles registered in Bengaluru is nearly 8 million during the year 2018, which was 2.1 million in 2007 as per Regional Transport Office (RTO), Karnataka. There is a clear indication of growing private vehicles in the city crossing more than 8 million which includes vehicles registered out of Bengaluru, running in the city. Bengaluru city spread across 824 kmÂ² with 15,000 km of roads network which are mostly four-lane carriageway network.

On an average, Bengaluru witnesses approximately 100 – 110 lakh trips every day, out of which 35 – 42 lakh trips are through BMTC buses, 4 – 4.5 lakh trips are through metro rail services. Over the years the number of trips by suburban rail has considerably increased. A large portion of these daily trips in the city are through privately owned vehicles, auto-rickshaws, cabs and shared mobility services.Â

Â The increasing congestion and growing levels of vehicular pollution in the city needs a holistic approach by the Government through establishing/facilitating adequate necessary infrastructure for the use of public transport services, connectivity and policy intervention to drive citizens to shift away from private modes and move towards public or shared transport.Â

Â With this background, B.PAC and Uber under its initiative of “Sustainable Mobility for Bengaluru”, organised a roundtable discussion titled ‘Incentivising shift away from private transport’ on September 27th, 2019 at the B.PAC office. The debate had representation from civic groups, subject matter experts, former Government officials and think tanks. During the roundtable meeting, participating members emphasised and highlighted the kind of incentives and disincentives suitable for Bengaluru city to shift from private transport and adopt public and shared transport services.

Following are the major points discussed during the roundtable meeting and can be classified under the following themes:

2.Incentives and Disincentives for shift from private transport

The discussion for this roundtable revolved on models of incentivising people to use shared mobility while also implementing certain models for disincentivizing private vehicle usage in high-density traffic corridors with similar kind of population travelling. Below High Traffic Density Corridors (HTDC) has relatively homogeneous travel patterns from origin to destination during the weekdays from residential locations to hub housing jobs.

Â Initiatives which could be adopted in the HTDC are:

3.Need of Unified Metropolitan Transportation Authority(UMTA) with a financing mechanism

The roundtable discussion organised by B.PAC and UBER provided a platform for participating members to discuss and deliberate on the critical requirements on the kind of incentives that could be adopted for within city transportation, especially in High-Density corridors of Bengaluru by means of strengthening and implementing efficient mass public transport system in the city.Â 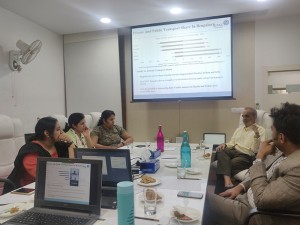 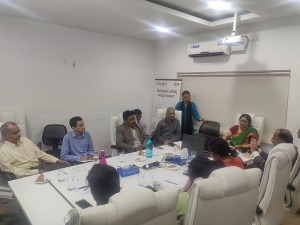