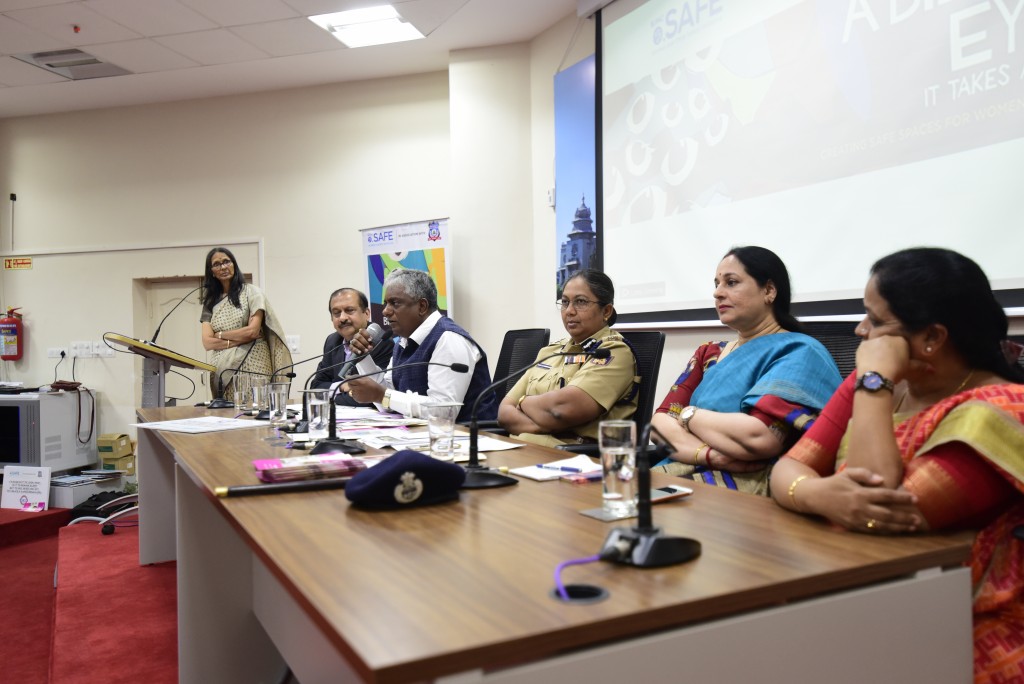 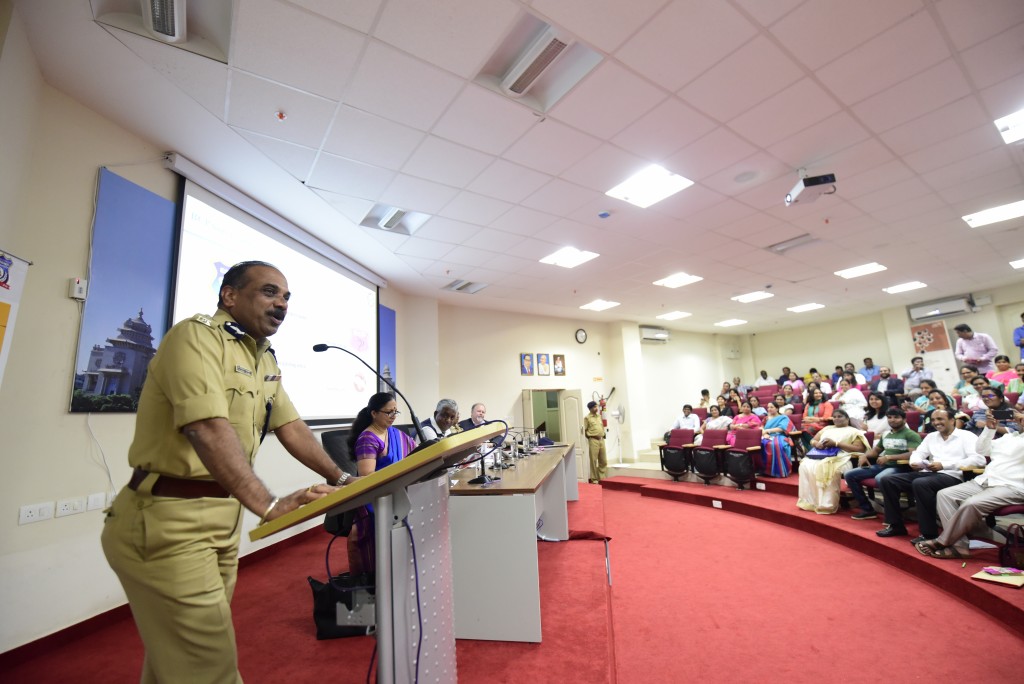 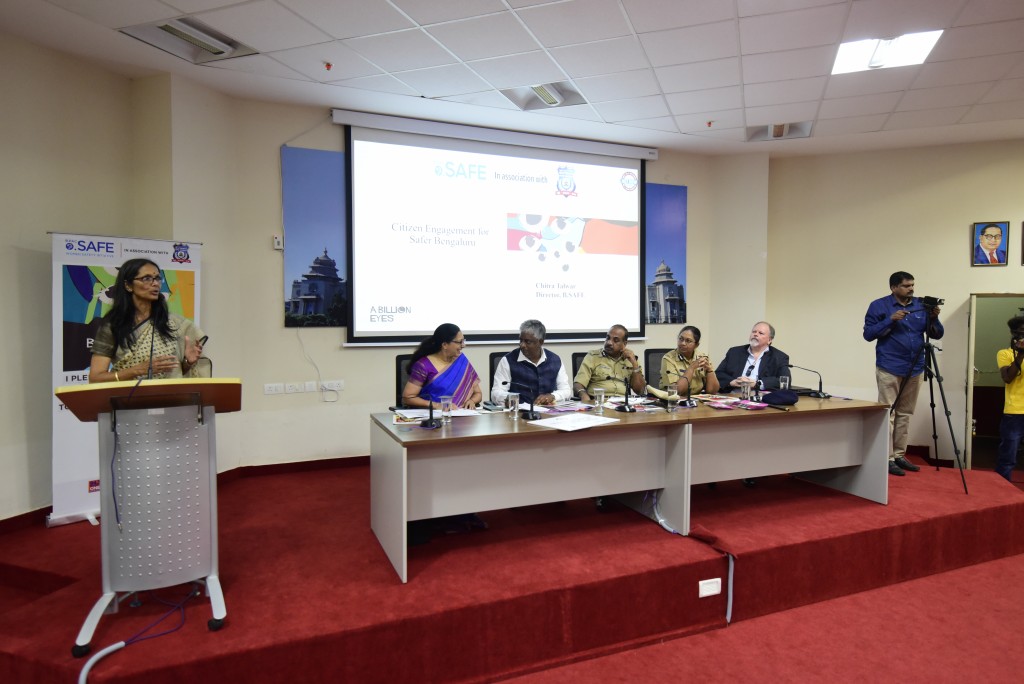 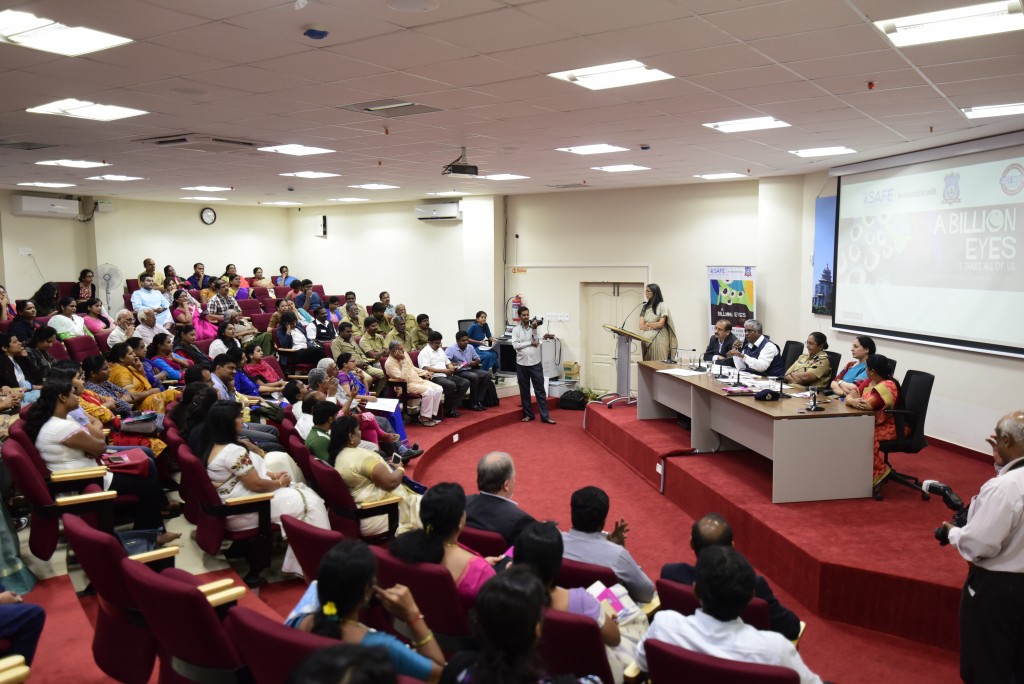 The theme of â€˜A Billion Eyesâ€™ is based on the concept that â€˜It Takes All of Usâ€™. Often, men or women who intend to help find themselves helpless in such situations due to the lack of knowledge. Hence, this campaign will address the importance of bystander intervention and the need for citizens to understand and to help actively and safely in such situations.

Bengaluru, as a city needs to move from a â€˜reactiveâ€™ mode, wherein we discuss and debate after an untoward or unfortunate incident hits mainstream media, to a â€˜preventiveâ€™ mode wherein we citizens are aware and take responsibility for the safety of women and children.

The campaign will promote Bengaluru City Policeâ€™s preventive and redressal tools, which are proven effective but needs great awareness.
These are the Namma 100 and Suraksha App.

Suraksha App is a fully integrated personal safety app. The app turns a smartphone into a discreet personal safety device for use during an emergency. A call of service to the Police can be triggered by simply activating the SOS button like icon on oneâ€™s cell phone. We would urge every citizen, male, or female to install the Suraksha app on their phone.

B.PAC under its platform B.SAFE has been leading safety initiatives for women and children. Ms. Revathy Ashok, CEO & Managing Trustee, B.PAC, highlighted the importance of citizen engagement through bystander intervention.

Mr. Suneel Kumar, Commissioner, Bangalore City Police, launched the campaign film and said that BCP is deeply committed to the safety of women. He shared details of BCPâ€™s infrastructural efforts through the Suraksha app, Namma 100, Pink Hoysala, and Parihar. He emphasized the need for various organizations working for this cause, as is being done by B.PAC, to come together in order to see the safety level increase significantly in the city.

Mr. Sean Kelly, Australian Consul-General for South India, launched the Campaign website. He expressed his strong appreciation for this campaign, and the need to keep these efforts toward women’s safety consistent and ongoing.

The campaign will be run on media platforms such as radio, print, theatre, and social media. Further, awareness on safety tools will be carried by partners such as BMTC and Auto Unions. Ms. Chitra Talwar, Director B.SAFE, emphasized the grassroots work that will be undertaken in 10 wards by enabling citizens with bystander intervention tools, with the support of all stakeholders.

This campaign has been developed in partnership with Australian Aid and United Way Bengaluru.

Mrs. Malini Krishnamuoorthy said that â€˜Safety is every individualâ€™s responsibility and collective responsibility and shared details on how the suraksha tools have been integrated with Namma 100 and urged citizens to use the facility.

Mr. Nagaraju, Chairman, BMTC stated that the priority of everyoneâ€™s safety is BMTCâ€™s responsibility. All the new buses shall have panic alarms, stop buttons and CCTV cameras.

The campaign urged citizens of Bengaluru to not just stand by in case of any harassment but to intervene, safely using the safety tools developed by the Bangalore City Police. They are also encouraged to access the campaign website, www.abillioneyes.org and take the pledge to make Bengaluru a safer city for women, and gather larger momentum for this campaign by making #saferbengaluru a trend on social media.

â€˜I pledge not to look away,

Not to remain silent;

To create a safer Bengaluru.â€™

It takes all of us to create a safer Bengaluru.