The Bruhat Bengaluru Mahanagara Palike (BBMP), is the administrative body responsible for civic amenities and some infrastructural assets of the Greater Bangalore metropolitan area.
The BBMP represents the third level of government (the Central Government and State Government being the first two levels). BBMP is run by a city council composed of elected representatives, called "corporators", one from each of the wards (localities) of the city. 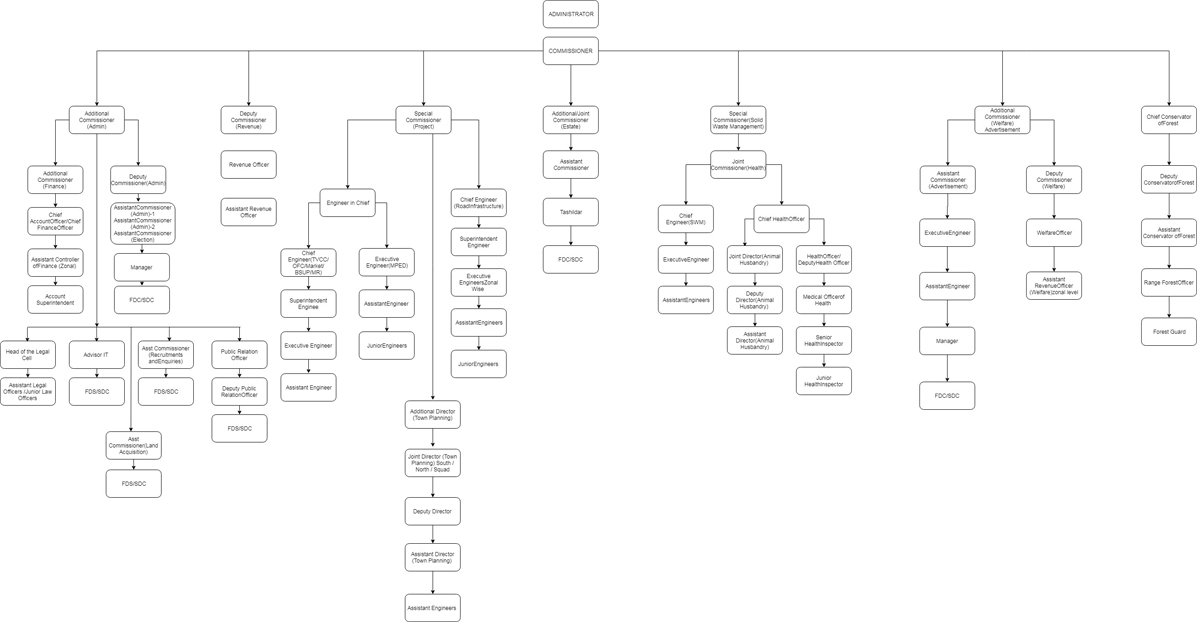